You carried out 57,800 attacks on Afghanistan from our bases: Khawaja Asif tells US

You carried out 57,800 attacks on Afghanistan from our bases: Khawaja Asif tells US

"The past teache­s us not to blindl­y trust the US," he says
By News Desk
Published: January 4, 2018
Tweet Email 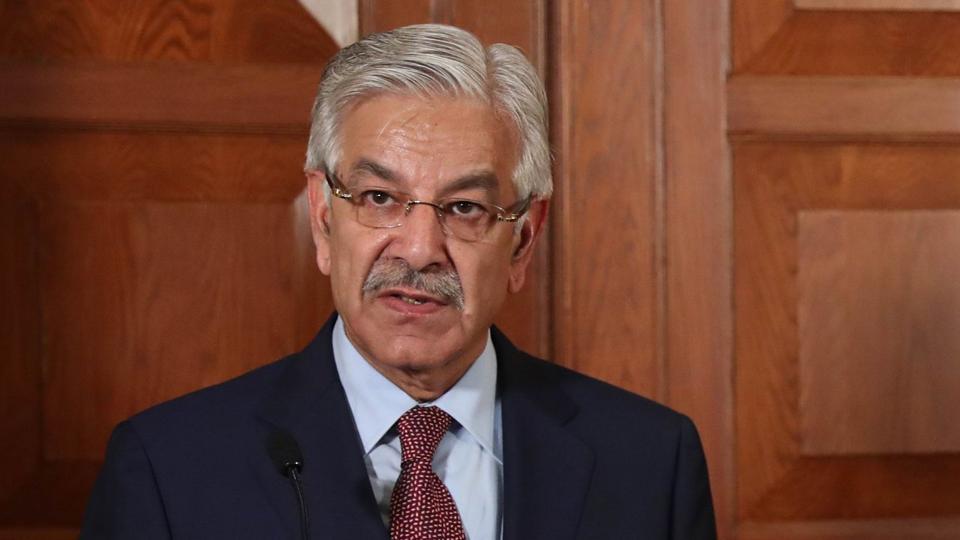 Foreign Minister Khawaja Asif, in the parliamentary session held on Thursday, chaired by Speaker National Assembly Ayaz Sadiq, said that US’ claims of having given Pakistan 33 billion dollars in aid is ‘hollow and imprecise’.

He further reiterated that Pakistan will not compromise on its territorial integrity at any cost and that while the country is ready to resolve issues via bilateral means, it will not do so at the stake  prestige.

Asif, through a series of tweets, also responded to the United States and sent a subtle reminder that Pakistan has indeed done enough and the US must not put the blame of their failed policies and actions on Pakistan.

A brazen Asif replied to all US accusations saying, “You have asked what did we do? A dictator surrendered on a single phone call, our country witnessed the worse bloodbath, you carried out 57,800 attacks on Afghanistan from our bases, your forces were supplied arms and explosives through our soil, thousands of our civilians and soldiers became victims of the war initiated by you.”

“We considered your enemy as our own, we filled the Guantanamo Bay, we served you with such an enthusiasm that we left our country with load shedding and gas shortage. We tried to please you on the cost of our economy, we provided tens of thousands of visas as a result of which the networks of Black Water spread across our country,” he said.

Have us audited by a US firm, Asif responds to Trump’s $33bn claim

“For the past four years, we have been clearing the debris. The past teaches us not to blindly trust the US. We are feeling sorry as you are not happy but we will not compromise on our prestige anymore,” he concluded saying.

Asif earlier also said, “He [Trump] can hire a US based audit firm on our expense to verify this figure & let the world know who is lying and deceiving”.

On Monday, moments after Trump’s tirade against Pakistan, the foreign minister had said US allegations weren’t something to worry about as Pakistan had already decided against ‘doing more’.