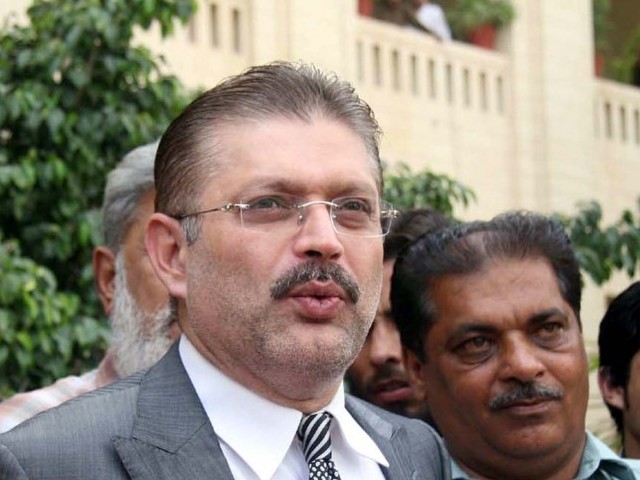 While Memon was already under arrest, Akbar and Kabooro were taken into custody by the National Accountability Bureau (NAB) from the court premises. Akbar had not appeared before the court on the last few hearings.

A three-judge bench of the Supreme Court, headed by Justice Asif Saeed Khosa, was hearing a case of corruption in award of advertisements to electronic media concerning the Sindh government’s public awareness campaigns.

Asim Hameed Khan Sikendar, Basharat Mirza and Iqbal Z Ahmed are also among the accused in the corruption reference filed by the NAB, apart from Memon, Akbar and Kabooro.

Sardar Latif Khosa and Farooq H Naek appeared on behalf of Memon, and sought his release on bail, arguing that the accountability court could not issue a non-bailable arrest warrant.

However, the bench observed that since Memon had already been arrested, the Supreme Court could not be directly approached for bail – as has been decided in the Gen Fazle Haq case. The counsels were told to approach the high court for bail after arrest.

Justice Dost Mohammed Khan, another judge on the bench, remarked that they also wanted Memon to get relief because hundreds of patients were affected due to Memon having booked a whole block in the hospital.

Regarding Akbar and Kabooro, the bench questioned why they did not surrender before the high court despite being given two opportunities. It said it is mandatory for accused persons to surrender and appear before the court in pre-arrest bail matters.

According to the NAB reference, investigation was conducted regarding corruption and corrupt practices in the award of advertisements to television and FM radio channels concerning awareness campaign carried out by Sindh Information Department. Between July 2013 and June 2015, an amount of Rs5.76 billion was paid to seven advertisement agencies.

The reference says that Sharjeel Inam Memon illegally approved the release of official advertisements to the electronic media through so-called, pre-qualified advertising agencies without completing the due process.

The investigation reveals that the advertising agencies paid lower prices to TV channels and claimed much higher amounts, even though they were entitled to just 15% agency commission against the total bill.

Meanwhile, according to a handout issued by the NAB in Karachi, the accountability watchdog arrested two accused persons namely Inam Akbar and Yousuf Kabooro from the Supreme Court’s premises in Islamabad on Tuesday, after the top court recalled their ad interim bail in the media campaign funds scam.

Inam Akbar is the owner of media advertising company namely Messrs Evernew Concept and Yousuf Kabooro was serving as Deputy Director Information Department Government of Sindh. The two were wanted in a NAB reference filed against 17 accused persons and charged for embezzlement of Rs3.2 billion.

Twelve accused persons were arrested on Oct 23, 2016 after their bails applications had been dismissed from High Court of Sindh. One accused (Fawad Mehmood Director Evernew) has expired, one Aneeta Baloch Officer of Information department is still absconding and one accused Riaz Munir (CEO Evernew) got his bail confirmed from the Sindh High Court.

Inam Akbar has been charged with embezzling Rs2.2 billion out of a total Rs3.2 billion.