Also recomm­ends up to 24% increa­se in diesel rates to be implem­ented from Jan 1
By Zafar Bhutta
Published: December 29, 2017
Tweet Email 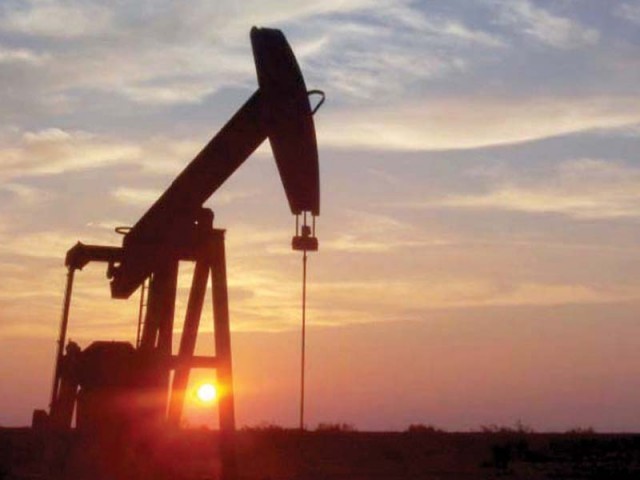 ISLAMABAD: The Oil and Gas Regulatory Authority (OGRA) on Friday recommended an increase of 5.2 per cent in price of petrol following the fluctuation in global oil prices.

The consumers are likely to face a 11.4 per cent hike in the price of high-speed diesel widely used in different sectors in the country with effect from January 1, 2018.

The regulator has recommended an increase in the prices of petroleum products of up to 23.6 per cent after the rates of crude oil surged in the international market. The Ministry of Energy (Petroleum Division) received a summary from the Oil and Gas Regulatory Authority (OGRA) on Friday that recommended an upward revision in oil prices.

After deregulation of High Speed Diesel (HSD), the increase in Pakistan State Oil (PSO)’s weighted average ex-refinery price of HSD along with its IFEM has been worked out effective January. The PSO increased ex-refinery price of HSD by Rs 5.83 per litre and increase of Rs 0.21per litre in freight rates. After the increase, the weighted average price of HSD will go up to Rs 57.10 from existing Rs 51.27 and IFEM’s price will be increased to Rs 1.46 from Rs 1.26 per litre. The government has also deregulated margins of the oil industry on high speed diesel and they would determine its price based on weighted average price of PSO.

In the past couple of years – following a plunge in global crude prices – the government has burdened petroleum consumers with general sale tax and petroleum levy. The OGRA proposed GST rate on various products at 17 percent to maintain price stability and earn higher revenue.

On the recommended prices of OGRA, the Federal Board of Revenue (FBR) will charge 17 per cent GST on petrol including LDO and SKO. Apart from 17 percent GST, the government is also charging petroleum levy up to 10.00 on prices of oil products. 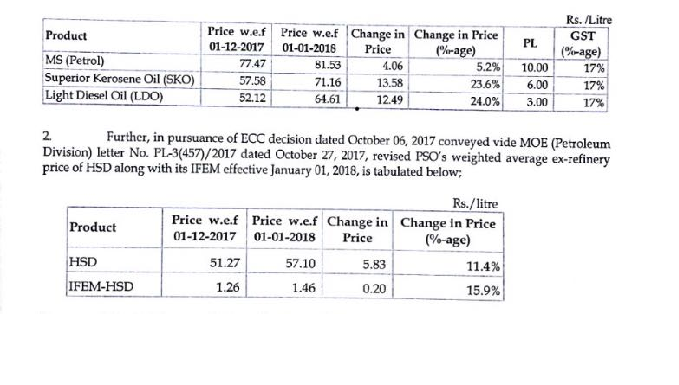 According to OGRA recommendations, the budgeted petroleum levy is Rs 10 on Petrol, Rs 6.00 on SKO and Rs 3.00 per litre on LDO.

The summary was forwarded to the petroleum division as a routine practice. It will send the summary onward to the finance ministry and Prime Minister’s office for a decision. Under the practice, oil prices are revised on December 31.