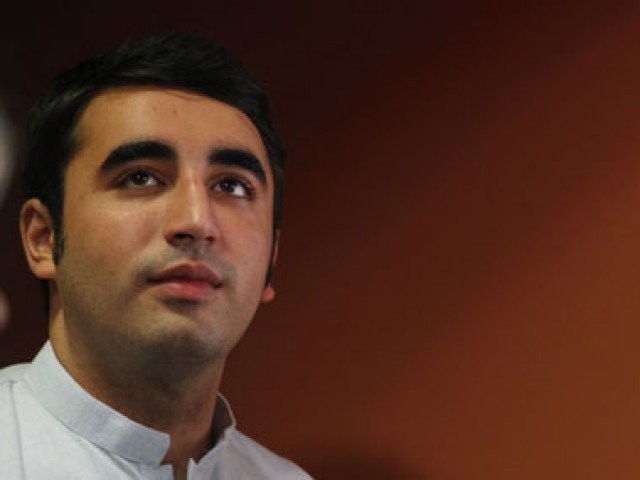 Talking to a British media outlet, Bhutto revealed that crucial details about the assassination of Benazir Bhutto are bring held back in order to protect the former general.

“Pervez Musharraf directly threatened my mother that the guarantee of her security upon her return to Pakistan depended on Bhutto’s cooperation with the government,” Bilawal noted.

“I personally hold Pervez Musharraf responsible for the assassination of my mother,” he added.

The PPP chairman further said that he did not want to hurl allegations at certain individuals or institutions because his party did not have specific information as to who Musharraf called or contacted to get rid of Benazir Bhutto.

“The PPP does not regard the young man who killed Benazir in a bomb and gun attack on her vehicle in 2007 as her murderer.  In reality, Pervez Musharraf killed my mother by taking advantage of the situation,” Bilawal maintained.

“The terrorist did shoot the bullet from which my mother was killed, but the former president removed my mother’s security protocol on purpose so she would be an easy target.”

Benazir’s daughters lash out at Musharraf for accusing Zardari of BB, Murtaza murder

Commenting on the recent decision of the court to grant bail to the accused in the Benazir assassination case, Bilawal Bhutto was of the opinion that the state of Pakistan did not yet have the power to hold a dictator accountable for his actions.

“The court disregarded the UN investigation, phone call recordings, and DNA evidence, as well crucial testimonies, in the trial. The ruling in the case is a mockery of justice,” he said.

Bhutto also added that he expected the accused who had admitted to their wrongdoings in front of the court to be convicted of their crimes, at least in part because it would shield Pervez Musharraf from being blamed for the crime, but that did not happen either.

Who killed Benazir Bhutto? The theories behind the murder

The court first convicted the police officials who had ordered the hosing down of the crime scene after the murder, but then approved their bail, and now they are back on active duty, the PPP chief said.

“My mother did not talk much about her wishes in regards to my career as a politician. Most of our focus was on getting admission into a reputed university. Upon my acceptance at Harvard, she was very happy,” Bilawal recounts in reference to questions about his relationship with his mother.

“I wanted to pursue post-graduate education after my years at Oxford. I wanted to have a job, to get married and take care of my family at home. And after doing all that, if I wanted, I could have come into politics.”

People in the establishment could be involved in Benazir’s murder: Musharraf

Pervez Musharraf has suggested people in the establishment could have been involved in her murder.

Asked by a British news outlet whether rogue elements within the establishment could have been in touch with the Taliban about the killing, General (R) Pervez Musharraf replied: “Possibility. Yes indeed. Because the society is polarised on religious lines.”

And, he said, those elements could have had a bearing on her death.

Asked whether he had any specific information about rogue elements in the state being involved in the assassination, he said: “I don’t have any facts available. But my assessment is very accurate I think… A lady who is in known to be inclined towards the West is seen suspiciously by those elements.”

Musharraf has been charged with murder and criminal conspiracy for murder and facilitation for murder in relation to the Bhutto case.

Prosecutors say that he made a threatening phone call to Benazir Bhutto in Washington on 25 September, three weeks before she ended eight years in self-imposed exile.

Political decisions not taken at courts, through sit-ins, says PM