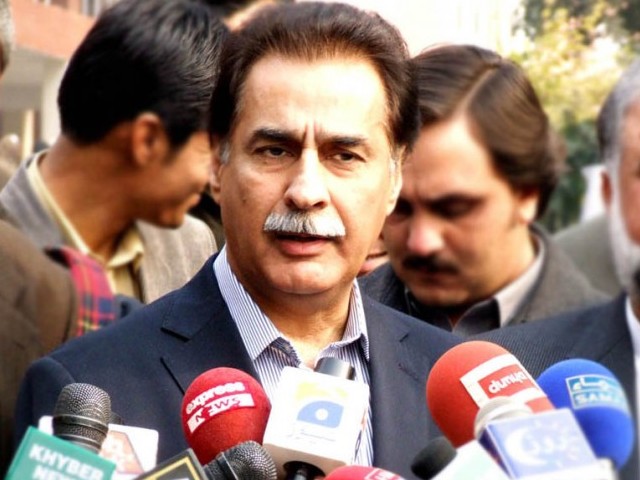 ISLAMABAD: National Assembly Speaker Sardar Ayaz Sadiq has said that there is no parallel in international relations to ties between Pakistan and China.

Both countries, he said, had always stood beside each other in difficult times and relations between them were based on shared geopolitical, economic, historical and strategic interests.

Sadiq expressed these views while talking to Zhang Ping, the Vice-Chairman of the Standing Committee of China’s National Peoples Congress, on the sidelines of the Speakers’ Conference at the Parliament House here on Monday.

The NA speaker maintained that the ties between Pakistan and China had entered a new phase of unprecedented cooperation. Pakistan, he said, was fully committed to the timely completion of all projects under the China-Pakistan Economic Corridor (CPEC).

He also stressed the need for regular interactions between lawmakers and businessmen of the two countries to strengthen the existing relations.

Appreciating China’s support for Pakistan’s socio-economic development, he said that terrorism was a big threat to region’s peace and called for closer cooperation among regional states in this regard.

Appreciating the initiative of the National Assembly speaker, he said that this remarkable conference had encouraged regional stakeholders for boosting parliamentary cooperation to achieve sustainable peace and prosperity.

According to him, a vibrant Pakistan-China cooperation was central to tackling challenges in the region and beyond.

Sadiq said that relations between Pakistan and Iran “are linked in bonds of religion, history and culture”, adding that the two countries even shared common goals and friends and enemies. Pakistan, he said, wanted to enhance parliamentary cooperation between the legislatures of the two countries.

The speaker said that closer ties between Pakistan and Iran were crucial for peace, security and prosperity in the region.

Pakistan rejects use of Chinese currency

He thanked the Iranian speaker for accepting his invitation to attend the Speakers’ Conference.

Highlighting the need for unity among Muslim countries, the speaker said that it was crucial for tackling challenges facing the Ummah.

Dr Larijani said that Iran also wanted to strengthen the existing bilateral relations with Pakistan, adding that the ties between the two countries had withstood the vagaries of time and were unbreakable.

He appreciated Sadiq’s contribution towards arranging the Speakers’ Conference and expressed the hope that it would play an instrumental role in promoting connectivity among the states.

He agreed that terrorism was a constant threat to peace and security in the region.

Dr Larijani also invited Speaker Sadiq to participate in the Parliamentary Union of the OIC Member States which is scheduled to be held in Tehran next year.