The deal comes after Bashir met Putin in the Black Sea coast city of Sochi on Novemb­er 23
By AFP
Published: December 22, 2017
Tweet Email 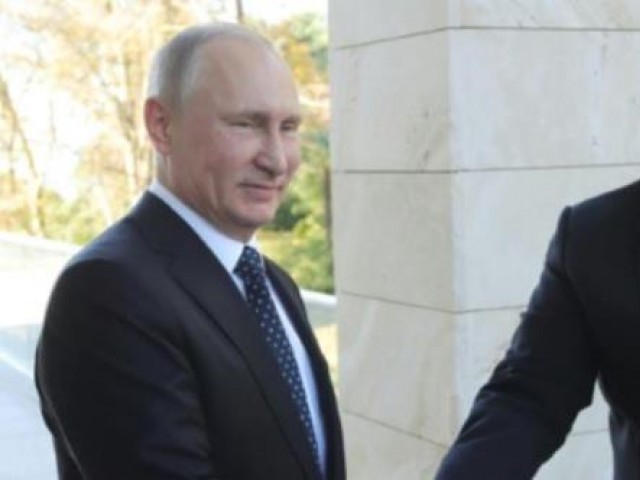 The deal comes after Bashir met Putin in the Black Sea coast city of Sochi on November 23. PHOTO: AFP

MOSCOW: Russia has signed an agreement to build a nuclear power plant in Sudan, Russia’s Rosatom nuclear agency announced on Friday, a month after a meeting between President Vladimir Putin and his Sudanese counterpart Omar al-Bashir.

Bashir, who is wanted by the International Criminal Court (ICC) for genocide and war crimes, has been pushing for closer energy and military ties with Russia.

The nuclear power plant deal was signed in Khartoum on Thursday by Rusatom Overseas, a branch of Rosatom, and Sudan’s electricity ministry, the Russian nuclear company said in a statement.

“The development of nuclear technology will allow Sudan to deal with its energy security problem. It is a strategic project which will determine the nature of relations between our two countries for a long time,” Rosatom said.

“As part of a feasibility study for the nuclear power plant construction project, the choice of site will be examined and the key parameters will be defined,” including timing and funding, it said without giving further details.

The deal comes after Bashir met Putin in the Black Sea coast city of Sochi on November 23, where a cooperation nuclear energy deal was signed.

During the visit Bashir asked for Russia to protect his country from the “aggressive acts” of the United States. He also said he wanted to ramp up military ties and praised Moscow’s military campaign in Syria.

Arrest warrants against Bashir were issued by the ICC in 2009 and 2010 on charges of genocide, war crimes, and crimes against humanity related to the conflict in Darfur, which claimed at least 300,000 lives.

Bashir denies the charges and has evaded arrest.