The Sindh govern­ment has issued a notifi­cation under Sectio­n-144
By Hafeez Tunio
Published: December 22, 2017
Tweet Email 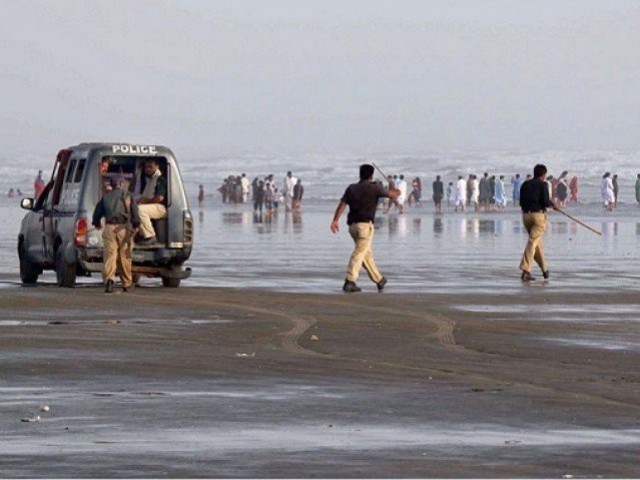 The Sindh government has issued a notification under Section-144. PHOTO: FILE

KARACHI: The government of Sindh has imposed a ban on swimming and diving under Section-144 at Karachi beaches on the eve of Christmas and New Year with effect from December 24 to January 2.

According to a notification issued by the government of Sindh home department, the locals in Karachi have been barred from swimming, given the apprehension of loss of lives or mishap because of gatherings and celebrations at beaches.

“The Christian community will celebrate their holy festival of Christmas and most of the Karachites will also celebrate the New Year night at the beaches on December 25 and 31, respectively and there is [an] apprehension of loss of lives or mishaps because of gathering at different beaches for recreational purpose or due to drowning,” said the notification.

“The Commissioner has requested for imposition of ban under Section-144 Cr.P.C on swimming/bathing at all the beaches/seaside within the territorial limits of Karachi Division on the eve of Christmas from December 24 to 25 and New Year Night from December 31, till the morning of January 2, 2018.”

In pursuance of Section-196, the Sindh government has directed the concerned police officials to register complaints against people violating Section-144 during the aforementioned days.

Sindh govt’s accounts to be frozen on failure to act