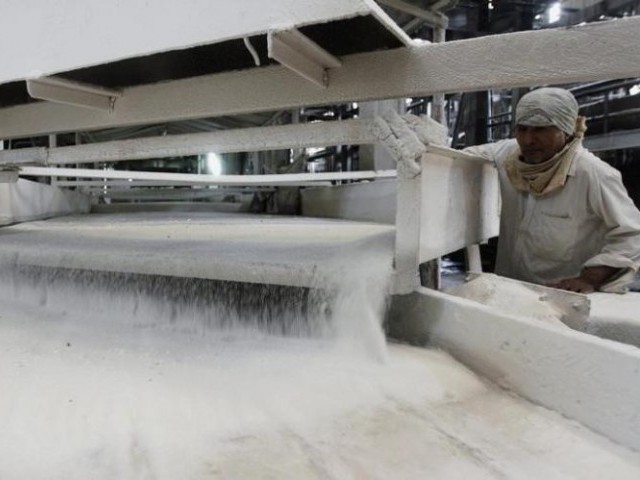 A worker checks the flow of sugar inside a sugar factory. PHOTO: REUTERS

LAHORE: Lahore High Court Justice Sajid Mehmood Sethi directed the cane commissioner to take an action against the sugar mill owners who would not make their mills operational by December 22 and submit a report. He was hearing a petition filed by Jamaat-e-Islami Ameer Mian Maqsood Ahmad, challenging the closure of sugar mills during the peak of the crushing season.

Earlier, Justice Shujat Ali Khan refused the hearing of the matter for personal reasons and sent it to fix it before any other bench. Punjab Cane Commissioner Sanaullah was also present in the court. He requested the court to issue show cause notices to the mill owners who would not make their mills operational and submit a report in the court. Ahmad in his petition had submitted that sugar mills started crushing every year in October but these mills had not been functioning for the last two years. The petitioner stated that the closure of crushing had been causing a great loss to the farmers.