Now that is what we call #friend­shipgo­als
By Entertainment Desk
Published: December 18, 2017
Tweet Email 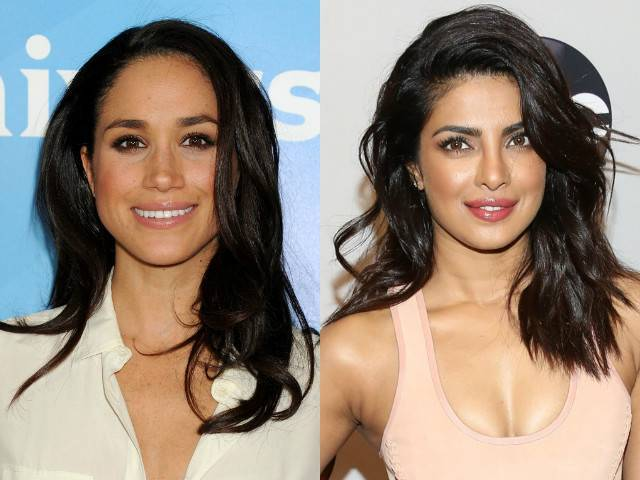 Priyanka Chopra and Meghan Markle are giving us major #bestiegoals. The two first met at a party in Toronto when Meghan was busy with the shoot of Suits and they haven’t really stopped hanging out ever since.

Also, when the news of Meghan and Prince Harry’s engagement broke the internet, the Quantico starlet was one of the first ones to congratulate them. And now, Priyanka will supposedly walk down the aisle as Meghan’s bridesmaid on her wedding in May 2018, reported India Times.

Earlier reports suggested that Meghan had asked Kate Middleton to be her maid of honour. She reportedly delivered a gift to the Duchess of Cambridge that included a note asking the pregnant royal mom to be her maid of honour when she marries Prince Harry. The Horrible Bosses actor also gifted a rose gold diamond bracelet to Kate.

Prince Harry, Meghan Markle to marry on May 19

In September this year, Priyanka was quick to point out Meghan’s many personal accomplishments when she was quizzed about the starlet’s Vanity Fair cover story.  Evidently disappointed that the article focused so heavily on the 36-year-old Meghan’s highly-publicised romance with Prince Harry, the Baywatch star stated,  “It would have been nice to write about her, not just her boyfriend.”

The former Miss World was quick to leap to her dear friend’s defence. “I mean, she’s an actor, she’s an activist, she’s a philanthropist,” Priyanka added. “I don’t [know] if I will get into trouble for this. I mean, she’s on the cover of Vanity Fair.”