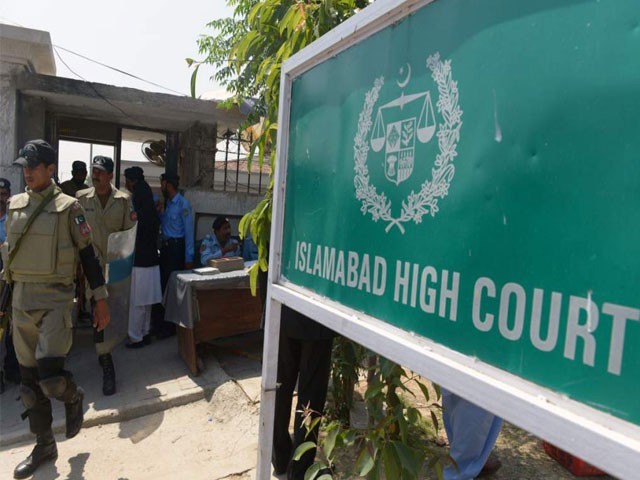 ISLAMABAD: The Islamabad High Court has ordered the capital’s chief commissioner and top cop to appear in person before it on Monday to hear a judgment pertaining to an assistant commissioner (AC) and SHO’s alleged ‘illegal’ move to evict residents from a house in Sector G-6.

Justice Athar Minallah is all set to announce the judgment in the presence of the commissioner and the Inspector General of Police (IGP) which would decide the fate of the capital’s City AC, Lieutenant (retired) Saad Bin Asad, and Aabpara police station SHO Khalid Awan, for their actions which were not in accordance with the law.

Among the violations, the court noted, the respondents had acted ‘illegally’ in their official capacities and when the matter was brought before IHC; Asad hired a private counsel to represent himself instead of being represented by a government lawyer — Islamabad Advocate General Mian Abdul Rauf.

The AG represents government servants before the court.

The details emerged during the hearing of a petition seeking court’s order for respondents from ‘illegally’ evicting the petitioner and sealing the house located in Sector G-6/4.

Petitioners Asma Khursheed and Baber Ali, through their counsel Raheema Khan, had approached the court against an order passed by the AC on December 7 and a police report, known as Qalandra, allegedly backing the AC’s orders.

The counsel told the court that a civil suit is pending before a civil judge; the petitioner was in possession of the said house and the respondents — while taking the law into their hands — tried to dispossess
the petitioners.

Raheema further said that a criminal case was registered against petitioner following which the AC sealed the house while exercising powers under section 145 of the Code of Criminal Procedure 1898, adding that the section does not empower Asad to dispossess a person by sealing the premises.

“The state appears to have failed in its obligation to protect a citizen,” Justice Minallah noted in one of his orders, adding that the dispute between the parties has been pending before the competent court and the AC along with the police have dispossessed through an order which he could not pass.

The court added that it was a violation of the fundamental rights guaranteed by the Constitution. Justice Minallah was irked, especially, when the AC hired a private counsel and the SHO tried to establish that an FIR had previously been registered against one of the petitioners in a police station and the track record was not good.

“Do you even know what you are saying before the court,” Justice Minallah had reprimanded Awan, adding that by registering an FIR against someone was not a justifiable explanation to dispossess them of their property.