Ex-CM says the provin­ce is in a state of war for three decade­s
By Owais Qarni
Published: December 18, 2017
Tweet Email 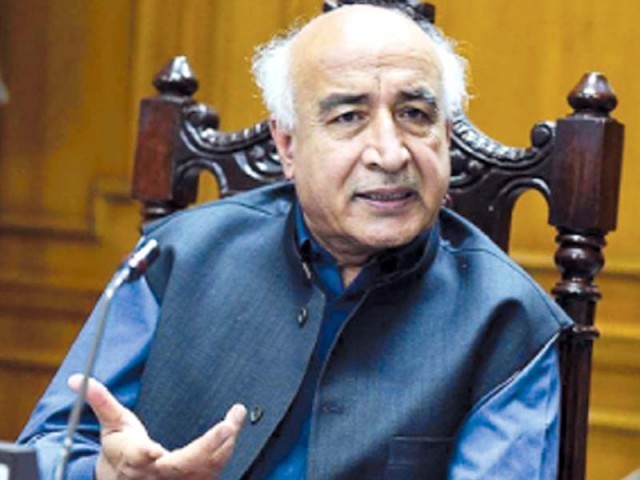 MULTAN: Balochistan has persistently been in a state of war for the past 30 years because of the ill-advised policies of the rulers, interference of Afghanistan and India and regional conflicts, former chief minister of Balochistan Dr Abdul Malik said here on Sunday.

He was speaking with media persons at the lunch hosted by Allah Nawaz Khan Durrani for National Party leaders.

So far, he said, the National Party had lost 50 of its political workers in terrorist attacks in addition to the attack on the party’s office in Turbat.

According to him, the conflict between Iran and Saudi Arabia was also affecting Balochistan.

He said that instability in Iran, Iraq, Libya, Yemen, Syria and other Muslim countries had also badly hit the regional peace.

He said that the demise of the Soviet Union had broken the back of leftist groups in Pakistan and strengthened corporate economy, capitalism and elitism.

“Democracy has also become expensive now. Millions of rupees are needed to contest elections, which is unaffordable for the common man.”

Stressing the need for promoting liberalism and discouraging extremism, he said that distribution of federal funds based on population was unjustified.

“Funds must be divided based on area, poverty and backwardness,” he insisted.

When asked to comment on achievement during his term as the leader of the Balochistan government, Dr Abdul Malik said that the incidence of kidnappings of political workers had substantially declined.

“Roads and highways (in Balochistan) are now safe for travel,” he said.

Criticising the ruling elite, he said that it was a pity that people in Sui were deprived of natural gas while the entire country was benefiting from Sui gas.

Quetta, he said, was linked with domestic gas distribution network 30 years after natural gas was discovered in Sui.

Commenting on CPEC, Dr. Malik said that it would not be a game changer for the people of Balochistan.

“There is no hope for changing their destiny.”

He said that it was now known that 91 per cent of CPEC profit would be siphoned off to China and the remaining nine per cent would be taken away by the federal government, with Balochistan remaining empty-handed.

Commenting on the performance of Balochistan government during his tenure, Dr Malik said that all institutions were non-functional when he took charge as the chief minister.

“We set our priorities right. First and foremost was restoration of law and order, curbing the incidence of kidnappings for ransom, suicide attacks, health, education and provision of jobs.”

During his tenure, he said, six universities and three medical colleges had been set up in Balochistan.

Dr Malik said that 20 Punjabis had been murdered in his village and he had personally joined their funeral prayers.

“Some other elements are behind this tragedy,” he said.

Commenting on separatism in Balochistan, he said that separatists often spread the notion that the Baloch nation could not coexist with Pakistan.

He said that the 1973 army operation had created huge problems in Balochistan, adding that Zulfikar Ali Bhutto had also taken a few missteps.