Reason­s of the order will be issued later
By Rizwan Shehzad
Published: December 15, 2017
Tweet Email 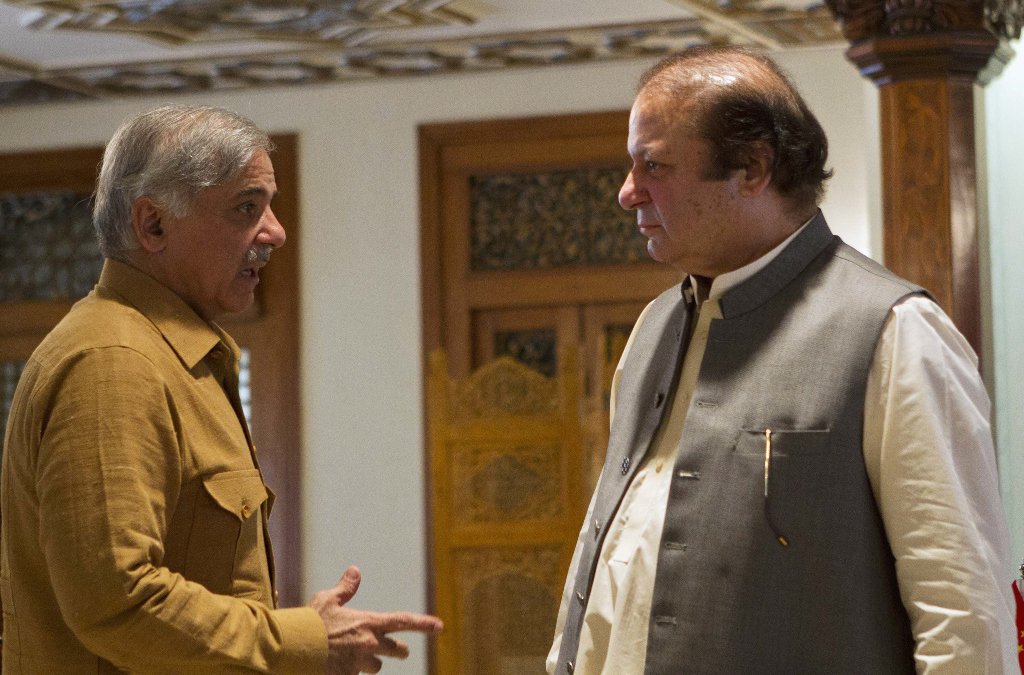 ISLAMABAD: The Sharif family took a sigh of relief on Friday after the Supreme Court dismissed the National Accountability Bureau’s (NAB) appeal to reopen Hudabiya Paper Mills case – known as the mother of all corruption cases against Sharifs – by declaring it not maintainable.

Though the 17-year-old Hudabiya Paper Mills case had been in the headlines for the last one year, the three-member bench took only four hearings to conclude that the case could not be reopened and that it was a case of ‘income tax’ rather than ‘money laundering’. A written order would be released later on, detailing the bench’s reasons for its decision, the bench observed

Observing that the top graft buster did not file the appeal on time, the court rejected the NAB’s appeal in the alleged Rs1.2 billion money laundering scam. The Friday’s order appears to a major victory for the Sharif family following the disqualification of the former prime minister Nawaz Sharif on July 28.

There were allegations of Benami accounts and unexplained investments in the Hudabiya Company and an unexplained payment of more than $8 million for the settlement of a loan of Al Taufiq Investment.

On account of the SC order, however, the Sharif family has now got a relief they might not be expecting after the SC judgment in the Panama Papers case, the Joint Investigation Team (JIT) report and the recent litigation in an accountability court.

Experts believe that the verdict will have serious repercussions on testimony of a prosecution witness, Sidra Mansoor of the Securities and Exchange Commission of Pakistan (SECP), who presented before the accountability court Hudabiya’s audited account reflecting a loan settlement of over $8m with Al Taufiq Company.

“After the SC’s judgment, Hudabiya Paper Mills’ substance can’t be used against the Sharif family and [finance minister] Ishaq Dar in any manner,” said Muhammad Amjad Pervaiz, the counsel for Sharif family in the NAB references before the accountability court.

Interestingly, in the Panamagate case judgment, Justice Asif Saeed Khosa had raised serious questions over quashing of Hudabiya case by the LHC.

Justice Khosa’s 192-page note had directed NAB to proceed against Dar in connection with the Hudabiya Paper Mills reference case wherein he was not an accused person when the said reference was quashed by LHC, which also barred reinvestigation and set aside Dar’s confessional statement.

The three-member bench, which had been seeking new evidence, however, had asked NAB not to ‘parrot’ the Panama Papers judgment but articulate its own reasons to convince the bench why the reference originally filed against Sharifs in the year 2000 should be resurrected.

Justice Alam remarked that NAB would have to satisfy the court on the reason for the delay in filing the appeal. The lawyer maintained before the court that there were flaws in the LHC’s judgment and the appeal must be reopened ‘for the sake of justice’.

The bench was, however, not convinced by the arguments and subsequently dismissed the plea.

Some 17 years ago, NAB claimed that Nawaz Sharif, the then prime minister, and his family received more than Rs1 billion ‘through illegal and fraudulent means’ and that they were liable to be tried under anti-corruption laws in relation to the Hudabiya Papers Mills.

In 2014, the LHC had quashed the reference concerning Hudabiya Papers Mills against the Sharif family, and the anti-graft watchdog did not challenge the LHC’s order at that time.

According to NAB documents, Sharif, his daughter Maryam Nawaz, his father Mian Sharif, brothers Shehbaz and Abbas Sharif, Abbas’s wife Sabiha, Sharif’s son Hussain and Shehbaz’s son Hamza had been accused of receiving the alleged ‘ill-gotten money’ in the case.