Ushna Shah reveals her upcoming avatar and it's quite impactful

Actor speaks up on feminism, role preferences and settling down

Ushna Shah has steadily climbed her way to the absolute top by being her unabashed self and of course, it's her acting prowess that has won her a loyal fan following on, and off social-media.

She does complete justice to her character in the acclaimed ongoing serial Alif Allah Aur Insaan and its many facets that evolve as the drama progresses. She has talent running through her veins but what’s made her an absolute hit amongst the audience is her ability to mould herself according to every role she takes up. 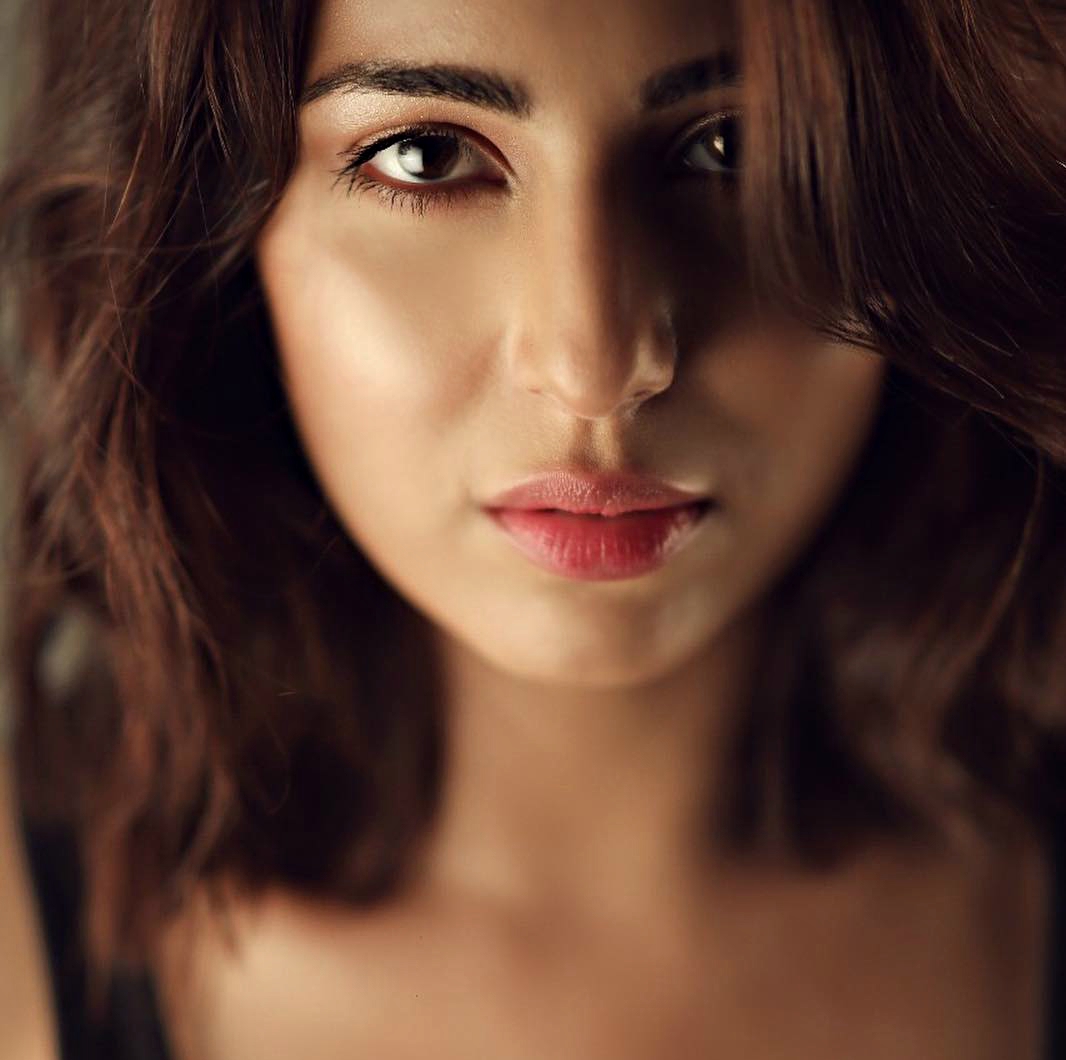 With some candour and some perspective, from the sets of Lashkara in Lahore, The Express Tribune catches up with the feisty young gun on what she has in store and raising her voice for subjects she feels passionately about. 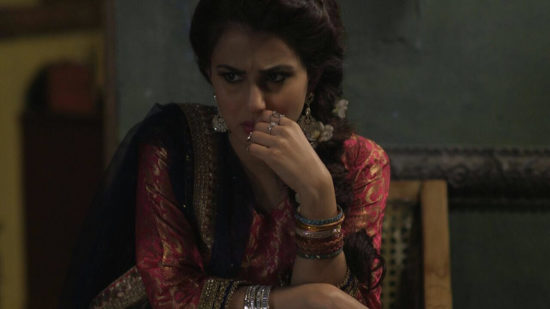 ET: Lashkara would mark your next after the massive success of Alif Allah Aur Insaan. Tell us a bit about the serial and what made you take it up?

Ushna Shah (US): This was a serial brought to my attention last year. I was told about the perfect serial for me but they were waiting for the perfect director. In comes Kashif Nisaar a year later and I was on board. The character was fun and challenging and it’s a beautifully written script, I’m honoured and delighted to be a part of it.

'We are proud of you': Pakistani actor slams social media trolls

ET: Lashkara, from what one assumes, is a love-triangle. Do you think it’ll be able to shine against similar themes airing on television all year round?

US: It’s actually more of a love quadrangle, I think it would fare differently because it brings important themes into perspective: inner beauty vs outer beauty, absolute loyalty vs unrequited love, true love vs infatuation. 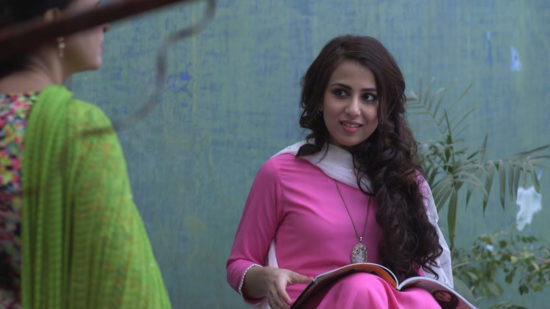 ET: The serial also stars Imran Ashraf, who you just recently worked alongside in Alif Allah Aur Insaan, and Mohsin Abbas Haider. Tell us a bit about your experience shooting with them and what exactly you look for in a co-star?

US: Mohsin and Imran are two of the most brilliant actors in the industry, and they’ve proven their talent time and again. Not only have I worked with both but I’m very good friends with them as well.

Both of them are extremely giving with their cues, very dedicated to their roles and work on the scenes with a lot of passion - these are the things I look for in any co-actor. I’ve been blessed. We’ve also got Ahmed Abdul Rahman with whom I share the same set comradery. The only problem is that I’m sort of intimidated by all the talented testosterone. 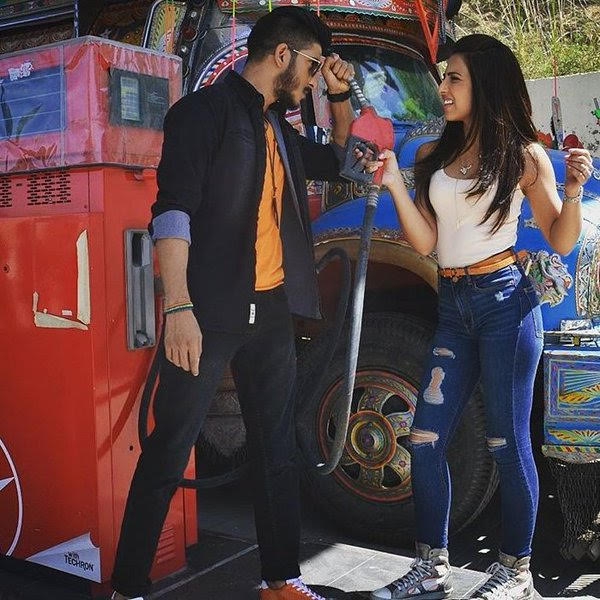 ET: How would you describe the character you play in the serial and what was your preparation like getting into her skin?

US: Her name is 'Bubli' and she’s very feminine, raw and a simple inner-city girl who finds happiness in the most basic of things - that’s where her beauty lies. Her life takes a complex turn and the story is a narrative of how she handles these complexities and how her many shades evolve her from a girl to a woman. 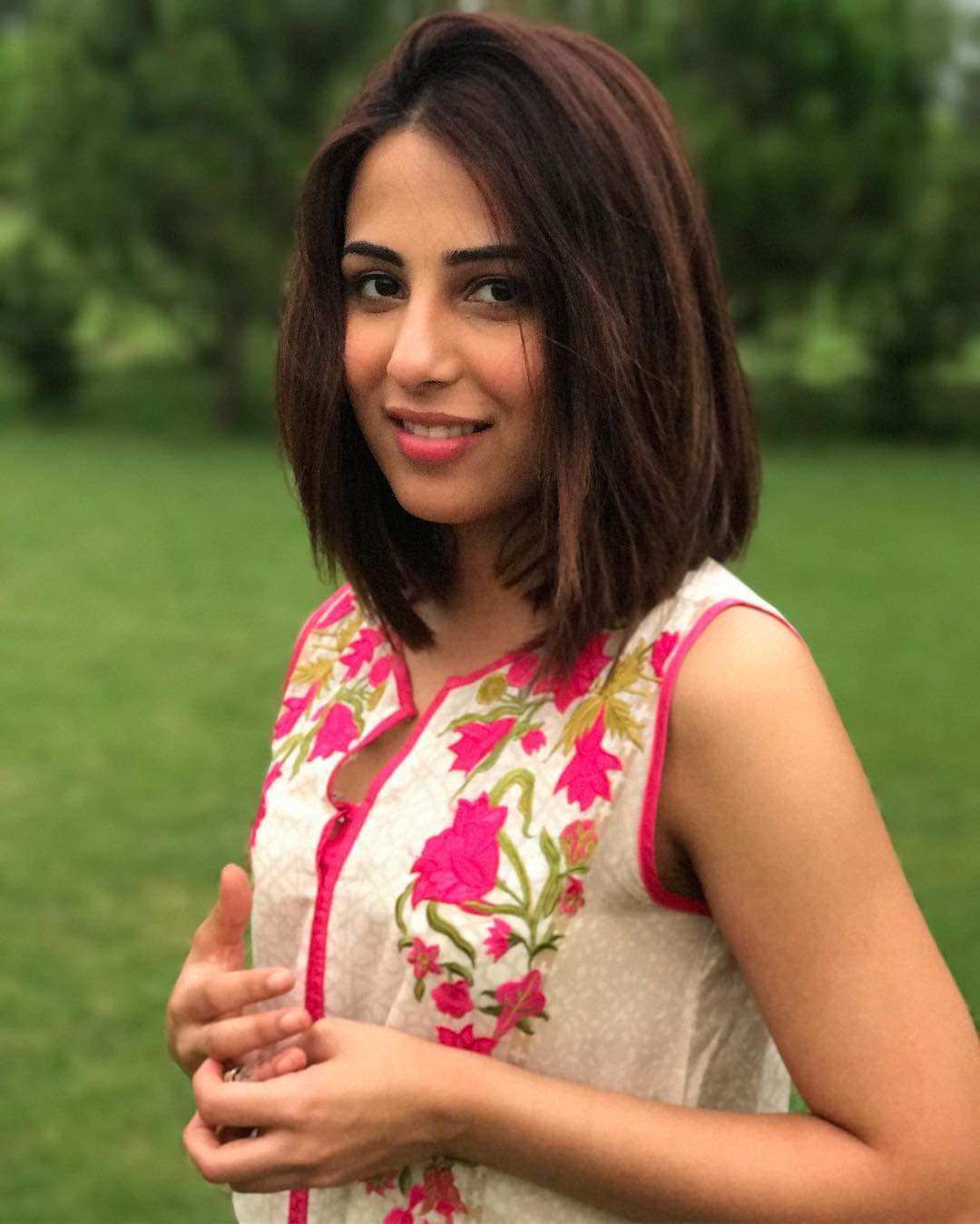 ET: You’ve been very vocal about issues that surround our society. How important do you think it is for actors in Pakistan to be socially responsible?

US: I think as human beings we have a collective responsibility to acknowledge and bring awareness to the issues plaguing our society. As media persons who have the privilege of being able to reach a larger demographic, the responsibility doubles.

I’ve been given a platform to speak at and my existence would go in vain if I didn’t use it to speak up about things I believe in.

ET: Do you think writers now are writing better characters for women after years of damsels-in-distresses?

US: Absolutely, and finally! I think the era of saas-bahu is about to end, our audience is appreciating real characters and raw stories, and I’m so glad we are now able to cater to them. It’s an exciting time in the industry.

ET: Many actors wouldn’t dare playing your character in Alif Allah Aur Insaan. What’s your criterion of choosing roles and do you think you have a limit for what you’re comfortable portraying on-screen?

US: I’m not 'many actors'. My criteria is to challenge myself; as an actor the greatest feeling is to become a vessel for the character the writer and director have created and then to mould it in accordance with our own artistry.

As long as a scene isn’t compromising my own morals I draw no lines at what characters I’d play. I am supposed to be a convincing part of story-telling; that’s my job! 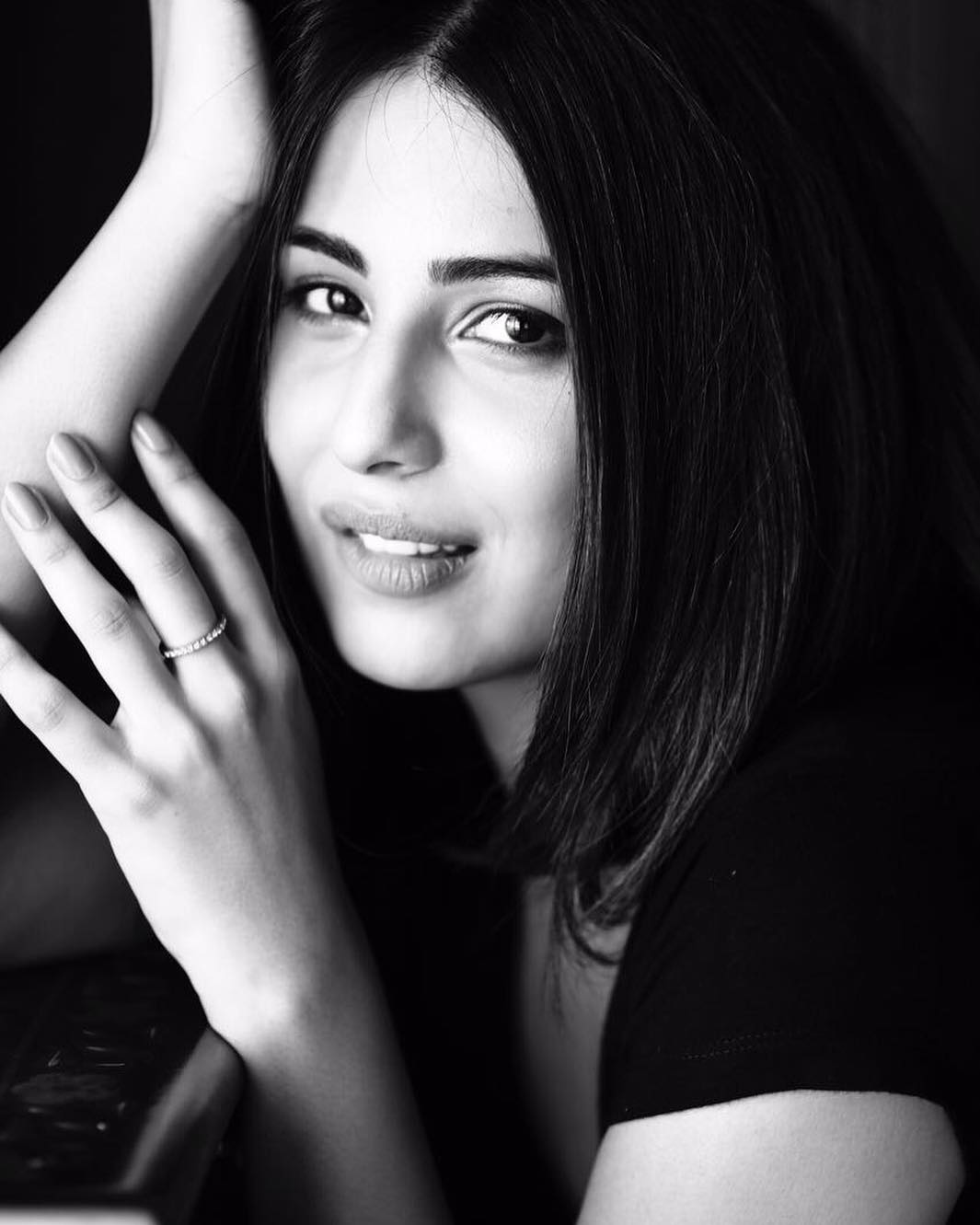 ET: You were amongst the very few to acknowledge Qandeel Baloch and had personally known her. How do you define feminism and does self-objectification exist?

I have not been challenged in a while: Ushna Shah

If a woman’s self objectification is offending a person, that person can choose to not look. But to pass judgement, to cast virtual and literal stones, and then to punish her in the name of honour is not just a violation of women’s rights but human rights.

We as a society must evolve past this disgusting habit of playing judge, jury and executioner. What a woman chooses to do with her own body is her choice, regardless of what she is doing. She is answerable to God herself. This is something Pakistan needs to learn desperately. 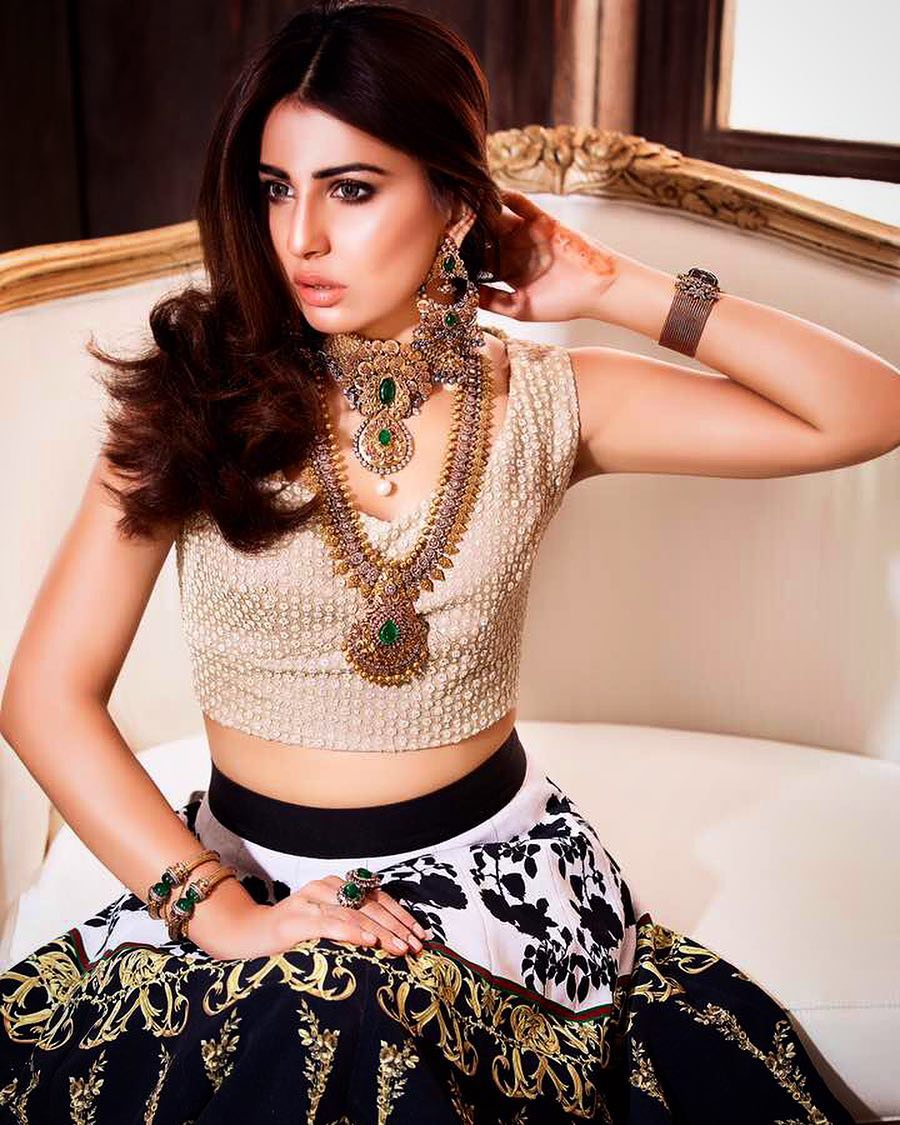 ET: You starred in Pakistan’s first internet film, Oye Kuch Kar Gulzar. Do you think web-space is the future, replacing television and film?

US: I think it’s evident that television has pretty much been replaced. With all the incredible series being made by Netflix, HBO, AMC, Amazon, and the majority of content being watched online; the internet has opened incredible platforms for audiences as well as the people working in the biz.

ET: On a much lighter note, what are your plans of settling down?

great | 4 years ago | Reply gorgeous.......
Replying to X
Saved ! Your comment will be displayed after the approval.
Error !
Error! Invalid Email.

The women who smashed the glass ceiling

Feminism is not about berating men: Priyanka Chopra

'Only united nations bring down invaders', Taliban hit back at Biden