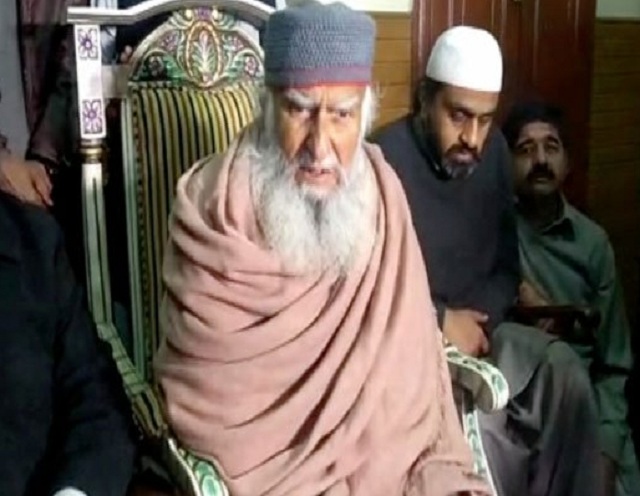 FAISALABAD/NAROWAL/GUJRANWALA: Two MNAs and three MPAs presented their resignations and announced their dissociation with the ruling PML-N at a public meeting held in Faisalabad on Sunday by groups demanding the resignation of Punjab Law Minister Rana Sanaullah over his remarks during a recent protest by a religious organisation in Islamabad.

The organisers of the Khatm-e-Nabuwwat conference presided over by Pir Hamiduddin Sialvi also announced their plan to hold a sit-in in front of Chief Minister House.

Addressing thousands of people, Sialvi said that he could offer any sacrifice for the honour of the Holy Prophet (pbuh). He said Pakistan was created as a result of efforts of religious scholars and custodians of shrines. He said he was not interested in politics because no one demanded constitutional changes for implementation of Nizam-e-Mustafa.

Sunni Ittehad Council Chairman Sahibzada Hamid Raza praised Sialvi’s stance and warned that his supporters would take a more forceful action if Sanaullah would not resign.

MNAs Ghulam Bibi Bharwana from Jhang and Dr Nisar Jatt from Faisalabad and MPAs Khawaja Nizamuddin Sialvi, Maulana Rahmatullah and Muhammad Khan Baloch announced their resignations from the National and Punjab Assemblies on the occasion.

Sanaullah asks what opponents will do if PML-N wins elections

It was announced that the next conference would be held outside CM House in Lahore and it would turn into a sit-in if Sanaullah did not resign. The government would be responsible for such a situation, the speakers said.

Meanwhile, Interior Minister Ahsan Iqbal and Defence Minister Khurram Dastgir said resignations by some lawmakers would make no difference. They said a conspiracy was being hatched to rig the coming elections after dissolving the assemblies and the religious issue was being used to create rifts within the nation.

Apparently referring to Pakistan Awami Tehreek chief Tahirul Qadri who has also threatened to resume his protests, Iqbal said while addressing a function in Narowal that a centre for conspiracies had been set up at Model Town Lahore and conspirators were visiting it. The ministers said it was yet to be seen how many resignations would be officially submitted.

Speaking to the media in Gujranwala, the defence minister said the agenda of development presented by former prime minister Nawaz Sharif was being implemented but a group of conspirators had been forecasting the government’s fall since 2014. Politicians who wanted chaos were constantly hatching conspiracies against progress and prosperity of the country, he claimed.