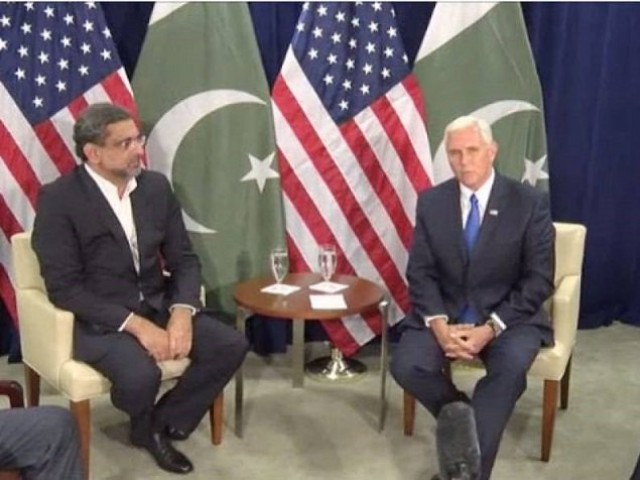 Pakistan-US relations have seen a comparatively positive curve after the recent visit of US Defence Secretary James Mattis to Islamabad. While not overwhelmingly optimistic, the visit was a ray of hope for an otherwise fraught relationship between the two countries. Americans for the first time conveyed a resolve against possible use of anti-Pakistan activity from the Afghan soil; an indirect way of addressing Pakistani concerns about provision of strategic space to India in Afghanistan. However, the old rhetoric of ‘do more’ still remained a major agenda point for the US, implicitly accusing Islamabad of playing a double game.

The Pakistani response this time was unambiguous in its denial of having any terrorist safe havens inside Pakistan. It must be appreciated that while Islamabad also has obvious interest in a stable Afghanistan, it does not have an absolute convergence of strategic interests with the US anymore and no amount of diplomatic small talk can change the facts on ground. To Pakistan, the American altruistic intent of staying indefinitely in Afghanistan “till it restores stability” is now increasingly being seen as an excuse for pursuing its geopolitical and economic goals in Central and South Asia. The US demands seem insatiable to meet not because Pakistan lacks the strength or candour but because they now seem to be premised on venal interest and insincerity.

The frosty welcomes given to two important Washington envoys recently, Rex Tillerson and James Mattis, were adroit diplomatic expressions from Islamabad to kick-start negotiations based on some notion of equivalence. This also sent out clear messages to Washington that Pakistan was not rattled by Washington’s threats like the ones made by CIA chief Mike Pompeo before the Mattis visit. Foreign Minister Khawaja Asif’s statement about enhancing strategic ties with Russia and China were also carefully calibrated to time with the recent visit and subtly conveyed Pakistan’s options to Washington. To be fair, the insulting public declarations of the US using ‘powerful options’ against Pakistan if it did not comply are unintelligent and counter-productive ways of conveying intent. Similarly, recent assertions of US Chief of Staff Gen Joseph F Dunford and others against the Inter-Services Intelligence and its alleged links with terror outfits seem to be staggeringly hypocritical and are severely irking off the establishment since the US’s own involvement in creating and funding Islamic State in Syria and its support for the Tehreek-e-Taliban Pakistan in Afghanistan is no more a subject relegated to the realm of conspiracy. Iran, Russia and China are all deeply concerned and making their own intelligence inroads into Afghan power dynamics.

Brash US diplomacy against Pakistan is clearly a façade for its vulnerability and failure in Afghanistan. Tillerson met Ghani at Bagram military airbase before arriving at Islamabad and in a most intellectually insulting manner the photographs of Bagram were digitally doctored to give an image that the meeting actually took place in Kabul. With vast swathes of territory, including the capital itself out of joint US-Afghan control, the idea of terrorists using safe havens in Pakistan seems ludicrous, and the continuous harping on this tune is ticking off Islamabad where the military confidently asserts that no-go areas do not exist on its territory anymore. In fact, top US delegations have already been hosted in erstwhile terrorist strongholds like North Waziristan to prove the point. Opinions and allegations, however, move faster than understanding and for the US, the quick selling rhetoric of safe havens is a constant theme to keep Pakistan under pressure.

From the geopolitical viewpoint, permanent presence on Afghan turf supports the US to pursue its strategic objective of containing China. America’s ulterior motives were laid bare when in an apparent measure to appease India, its posture towards CPEC recently changed and was described as passing through disputed territory. This cements Pakistan’s suspicions that the US would assist Indians in destabilising CPEC to scuttle the Chinese strategic initiative through terrorist proxies already deployed and operating in Pakistan.

Both Tillerson and Mattis were apparently furnished with irrefutable evidence of Indian involvement in terrorist activities in Pakistan, probably just as a bargaining chip at the negotiating table since the US is most definitely privy to the development already. While it has tried to alleviate Pakistani concerns in this regard during the Mattis visit, the US still continues to hedge support for the Indian propaganda of calling the legitimate indigenous freedom struggle in India-Occupied Kashmir (IOK) a terrorist enterprise funded by Islamabad. It is also conveniently turning a blind eye to Indian brutalities and human rights abuses in IOK and its frequent violations of the LoC. The US expectation of an honest and willing support from Pakistan after such overt and malicious diplomatic and economic hostility is unrealistic, duplicitous and unwise; a reality aptly conveyed to Mattis. Pakistanis, it appears, are no more willing to carry their own cross to crucifixion. That said, the apparently honest appraisal of this troubled relationship by both sides in the last visit seems like a glimmer of hope for the future.