A man was handed down Rs200 challa­n for using mobile phone while riding a bicycl­e in the Khyber-Pakhtu­nkhwa capita­l
By News Desk
Published: December 3, 2017
Tweet Email 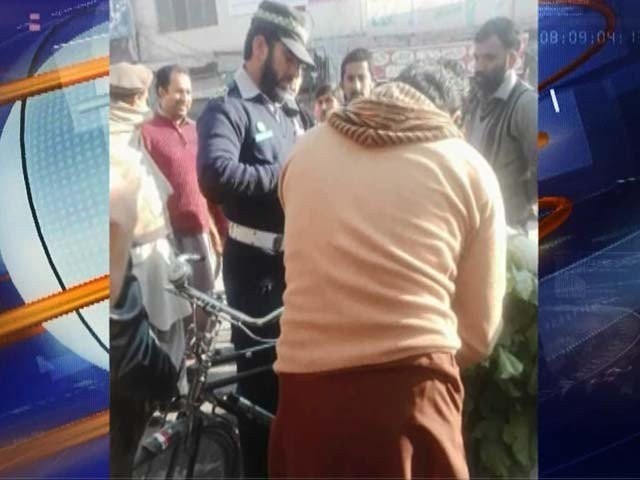 A traffic cop issuing Rs200 challan to a bicycle-rider in Peshawar. PHOTO: EXPRESS/SCREENGRAB

A rider was handed down a 200 rupees challan for using mobile phone while riding a bicycle in the Khyber-Pakhtunkhwa (K-P) capital on Sunday.

Speaking to Express News, the rider said the police stopped him and handed down a fine of Rs200 for the reason he was completely unaware of.

On asking the reason, the traffic cop said he saw him using the cell phone while riding.

The challan, however, did not mention registration plate or license details that are necessary for issuing such fines.