The beverage of choice: Quenching thirst for over half a century

The beverage of choice: Quenching thirst for over half a century

Feekay Ki lassi has been a staple drink in Gowalm­andi since Pakist­an’s incept­ion
By Muhammad Shahzad
Published: December 3, 2017
Tweet Email 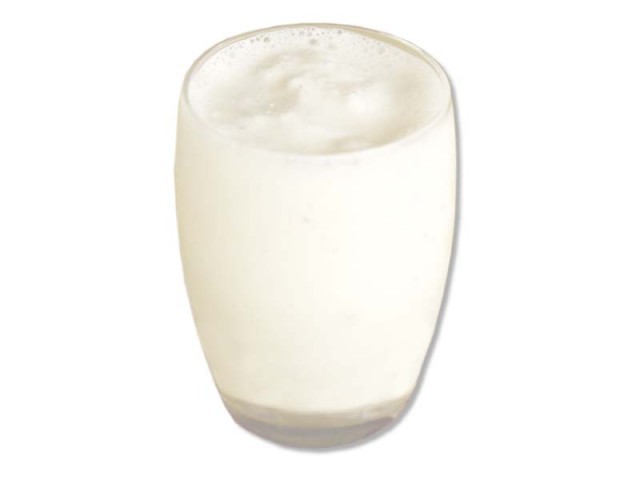 LAHORE: Shrouded in inches of dust, a car pulls up to a marketplace in Lahore. The exhausted expression on the driver’s face was a clear indication that he needed refreshment; and what better to quench his thirst than a cold glass of lassi.

The driver had clearly traveled some distance and when asked, revealed he arrived at Feekay Ki lassi directly from Islamabad and was a “chronic” visitor.

People of Punjab are famous for having breakfasts of champions and many households consider the meal complete without a wholesome glass of lassi to wash down the nihari or payyas.

Under most rooftops likes a churner to prepare the yogurt drink which is mixed with salt or sugar.

Even though the cityscape is littered with lassi shops in every nook and cranny, no establishment has become more famous than as Feekay Ki lassi or Pairhay wali lassi.

The shop is open from dawn to dusk and the longest queues of customers are seen in the early morning for the breakfast dose of Lahore’s favourite lassi. It is a modest place with little decoration material. The exterior and interior are an example of architecture which was popular around half a century ago. The approximate age of the current building is also about 50 years.  Bhola also feels there is no need for a revamp. “People come to us for a good product, not decoration,” he said.

Tahir Afaqi, another customer, arrived at the shop with some friends. He lived in Faisalabad and was working in Lahore at a carpet manufacturing unit for the last five years. The man brings any visitors to the shop for a mandatory visit.

The shop is situated on Railway Road in Gowalmandi area of Lahore. Ijaz Butt alias Bhola told The Express Tribune that his shop had been running in the same place since 1947. His grandfather, Rafeeq Butt, alias Baba Feeka, had migrated from Amratsar in India and settled in Gowalmandi. Rafeeq also ran a lassi shop in Amritsar, he added. The old man died at the age of 85 and not a day passed when he failed to open business in all these years.

Bhola is now also a veteran of the trade and has making lassi for thirty years. He says that the shop opens early in the morning and continues to quench the thirst of people till 2am on a daily basis.

He said that theirs was the only shop which offered pairhay wali lassi in the city and no other branch had been opened. When asked about expansion plans, he pointed to the lack of ambition of other family members. The shop, he adds, is fulfilling the needs of all and nobody is interested in undertaking the work required to prepare such a shop. “Everyone is busy enjoying their life,” he added.

Talking about specialty of his lassi, Bhola revealed the shop used pairhay, made of khoya, as well as yogurt, butter and milk to prepare this lassi. A pairha, a small round shaped piece made of khoya, was ground into the glass. Then lassi prepared from yogurt and milk was put in the glass and fully mixed with the pairha. A piece of butter was added the equation, followed by more paihra, and ultimately served to the customer.

As pure as it gets

He said that all items were pure and homemade. He added that a lot of hard work goes into preparing the product, while also acknowledging that it was indeed a heavy diet. Before opening the shop, it is important that all the ingredients are ready.

Bhola said that people from throughout the world came to their shop and some would even make bets on how much one person can drink. The record holder is a man who, 20 years ago, has seven glasses. “No has broken that record,” he added.