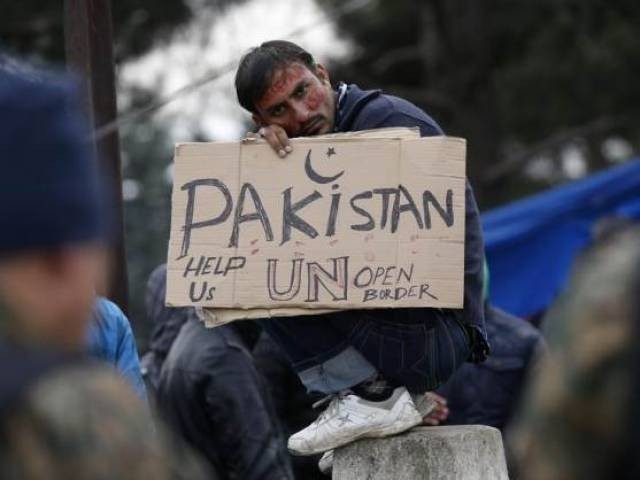 ISLAMABAD: The United States has proposed that Pakistan formally sign an agreement aimed at establishing procedures to return Pakistani citizens who face deportation from the US.

Pakistan is expected to enter into first round of negotiations on an initial draft Memorandum of Understanding (MoU) proposed by the US.

The draft was recently handed over to the Ministry of Foreign Affairs by US authorities, which has since forwarded copies to Inter-Services Intelligence, the Intelligence Bureau, and the Ministry of Interior for their comments “so that Pakistan could proceed further in negotiations”.

US laws provide that if an individual is ordered removed from the country but they do not have travel documents – which people facing deportation often deliberately ‘lose’ – the authorities cannot deport them back to their home country. The same applies if a person’s home country cannot be determined.

The US Department of Homeland Security (DHS), Immigration and Customs Enforcement (ICE) is required by the US laws to secure travel documents of the person ordered removed from the country before undertaking the process of physical deportation.

Simply put, it usually means ‘no passport – no deportation’.

The draft MoU, available with The Express Tribune says that the purpose of this agreement is “to cooperate on the efficient and timely issuance of travel documents for Pakistani nationals ordered removed from the United States”.

In case DHS cannot find any documentation, it may forward fingerprints in order to ascertain the nationality of suspected Pakistanis that face deportation.

In response, the Ministry of Interior would issue travel documents for the individual within 30 days of the receipt of such requests.

In case the interior ministry determines that the individual is not a Pakistani national, it would notify DHS in writing within 30 days along with an explanation and any supporting evidence sufficient to prove this to ICE’s satisfaction, the draft MoU reads.

Once a deportee’s travel documents are provided by Pakistan, the US would immediately repatriate the person on commercial or charter flights. The MoU says that in case the US uses a charter flight to complete the removal process, the Ministry of Interior would grant approval for it to land in Pakistan.

The MoU says that both the USA and Pakistan would identify specific individuals in Islamabad and Washington as points of contact for the purpose of exchanging information under this MoU.

It adds that either party may discontinue activities under that MoU after providing 30 days written notice.

A senior Interior Ministry official, asking not to be named, said the proposed draft of the MoU was sent to the FIA, ISI, IB, and others for their input. He said the draft did not cover repatriation of Pakistanis imprisoned in the USA. He added that upon receipt of recommendations from the departments, Pakistan would suggest any necessary amendments or additions to the scope of the agreement.