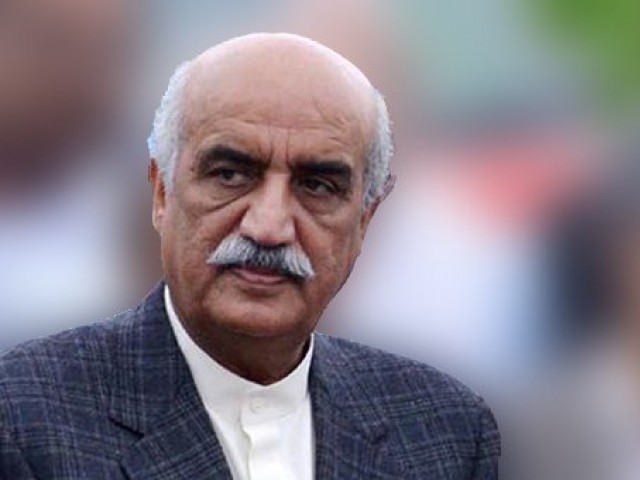 ISLAMABAD: The government has a constitutional right to seek help from security forces to end the Faizabad sit-in, the leader of opposition in the National Assembly Khursheed Shah said on Tuesday.

Speaking to The Express Tribune after a meeting with Members of National Assembly from the Pakistan People Party at the Parliament House, Shah blamed ousted prime minister Nawaz Sharif for the current situation. He said no good could come from a party where policies were made by a disqualified premier.

Referring to the Election Act 2017 bill clause that bars a disqualified person from heading a political party, the PPP leader said opposition will do its best to get it passed. He pointed out Clause 203 of the bill had already been passed by the Senate, adding that if the government tried to beat the bush around the matter, the opposition will consider other options.

On Imran Khan’s absence from the Parliament, Shah said the Pakistan Tehreek-e-Insaf chief should not lead a political party if he does not show at the National Assembly.

A bill tabled by the opposition to bar a disqualified person from heading a political party will be presented in the House today, which is private members’ day.

Clause 203 of the Election Act, 2017 has already been passed by the Senate which bars a disqualified person from heading a political party.

The same bill would be introduced in the lower house for debate and voting.