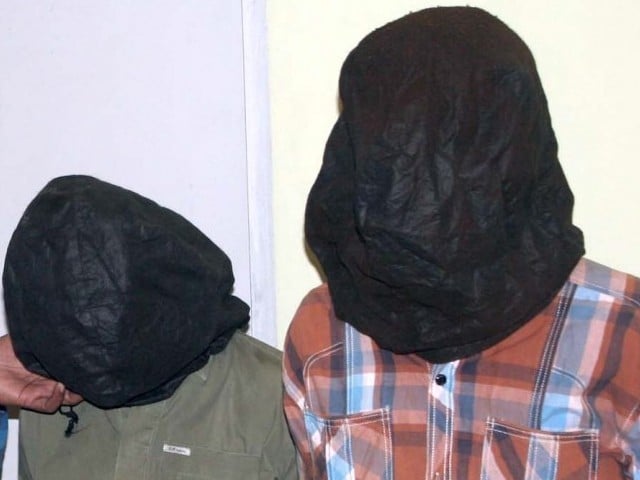 Nazeer Ahmed and Agha Fayyaz were arrested for looting simpletons after masquerading themselves as ‘pirs’. PHOTO: FILE

ISLAMABAD: Police on Sunday arrested two fake ‘pirs’ and four other men involved in street crimes and dacoity, a police spokesperson said. Nazeer Ahmed, a resident of Sir Syed Colony in Rawalpindi, and Agha Fayyaz, a resident of Peoples Colony in Faisalabad, were arrested by the Kohsar police for looting simpletons after masquerading themselves as ‘pirs’. They confessed to swindling as many as 150 people, officials said. Police also recovered a Toyota Corolla (EC-7288) and other valuables from their possession. Further investigations are underway in the case. Meanwhile, the same police squad, including Kohsar Police Station SHO Inspector Asjad Mehmud apprehended four suspects involved in street crimes.  The suspects were identified as Atif, Siraj, Furqan and Usman.