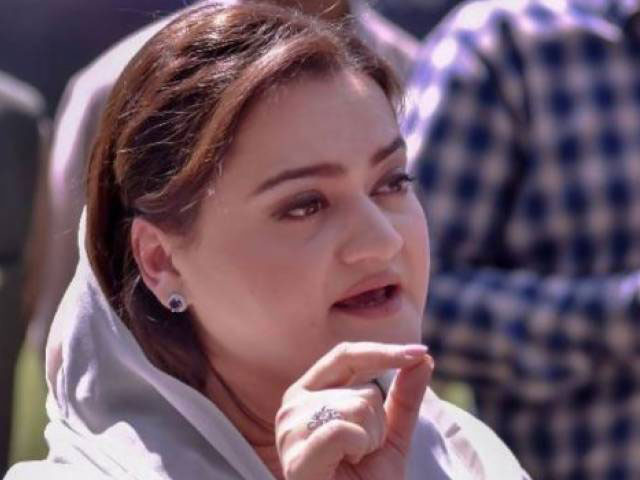 Setting aside the reports that Finance Minister Ishaq Dar has resigned from his portfolio, Minister of State for Information and Broadcasting Marriyum Aurangzeb has termed the rumours fake, Express News reported.

Speaking to media representatives in Islamabad on Saturday, the minister claimed, “Ishaq Dar is just not well. He has not resigned from his post.”

Maryam Aurangzeb also apprised Dar for boosting the confidence of the business community in Pakistan’s economy through his hard work.

It was reported that Prime Minister Shahid Khaqan Abbasi is considering various options, including that of appointing a deputy finance minister and forming an economic advisory council of prominent people.

In case the PM decides to appoint a minister of state for finance, he will himself retain the portfolio of federal minister for finance.

Sources have said that due to a precarious economic situation, the prime minister was keen to make an announcement to this effect within a few days. However, Marriyum Aurangzeb said that the report is not true.

Commenting on the religious protesters’ sit-in in Islamabad, blocking Faizabad Interchange, the minister reiterated that the government wants to deal with the protesters peacefully.

“Faizabad sit-in is actually a continuation of Imran Khan’s protests,” said the minister while referring to the 2014 sit-in of the Pakistan Tehreek-e-Insaf (PTI) over alleged rigging in the 2013 general elections by the ruling Pakistan Muslim League-Nawaz (PML-N).

She said that every person has to perform individually in a bid to find a nonviolent solution to the ongoing crisis on Faizabad Interchange.