UN tribun­al to give judgem­ent next week
By Reuters
Published: November 15, 2017
Tweet Email 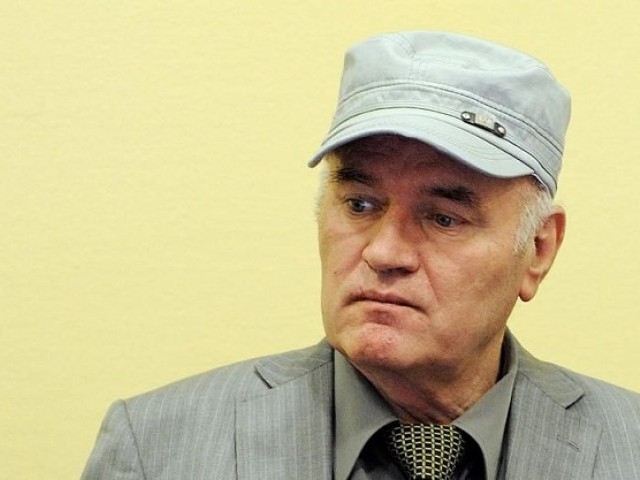 SREBRENICA: Almir Salihovic sits in his office in Srebrenica, waiting for a UN tribunal to give its judgement on the man accused of massacring his cousins and uncles there in 1995.

He is hoping for a measure of justice, but little else. The businessman was 10 when he fled through the woods with his father and brother as Bosnian Serb soldiers opened fire behind them. The troops killed more than 8,000 Muslim men and boys in the days that followed.

Next week the International Criminal Tribunal for the Former Yugoslavia (ICTY) will give its verdict on Ratko Mladic, the former Bosnian Serb general accused of overseeing the murders and other war crimes, including the siege of Sarajevo. A guilty verdict on November 22 would give some “personal satisfaction to victims,” Salihovic told Reuters at his transportation company in the eastern town, where his family returned in 2004.

But it would do little else – certainly nothing to heal the deeper traumas and still gaping divides. “For most Serbs he will remain a hero, for others he will be the butcher and criminal, and we will continue to live in our folds, side by side, not together,” he said. “We carry the burden of a terrible crime that puts inter-ethnic relations under pressure.”

“Both communities are victims”

The legacy of a commander who led the Bosnian Serb army in its swift takeover of two-thirds of the country during the 1992-95 war still divides Muslim Bosniaks and Serbs in Bosnia. For Srebrenica Muslims, Mladic is a symbol of the chaos and killings that broke out when his forces took over the UN-protected eastern enclave where about 40,000 Muslims from eastern Bosnia had sought refuge.

For Serbs the 74-year-old is a proud general who won the territory with very few of his own casualties. Srebrenica’s own Serb mayor Mladen Grujicic says the killings did not amount to genocide – and the two international courts who ruled that they did were biased against his fellow Serbs.

“It will take many more years to reveal the complete truth, which is not favouring any side,” Grujicic told Reuters. “We in both communities are victims while higher agendas are at stake,” he added, without elaborating.

“A life of punishment”

Srebrenica is now a shrinking town where about 7,000 Muslim Bosniaks and Serbs still live side by side, suspicious of each other and divided by the past. One thing they do share is their poverty. The town is dotted with empty houses, left behind by people seeking a better life. This year the only bakery and butchers shop had to close down.

Srebrenica was once known for its metal plant and nearby lead, zinc and gold mines. These days, the main landmark is the cemetery on its outskirts and the 6,575 white tombstones marking the remains of the victims that authorities have managed to find.

“In 2010, I buried my children and husband. Nobody should go through it ever again. Now I live alone, and I should not have had to live alone if it was not for some hotheads,” said Hatidza Mehmedovic. The 66-year-old comes every day to tend the graves of her husband and two sons killed in what is widely seen as Europe’s worst atrocity since the World War Two. “This is not life, this is hell, this is a life of punishment,” Mehmedovic told Reuters.

Further southwest, in Mladic’s home village of Bozanovici, his cousins are also waiting for the tribunal’s verdict. They fear he will be jailed for crimes they say he did not commit.

“I would be happiest if he died before the judgement,” his uncle Mile Mladic told Reuters. “We would then raise a large monument for him in the village and write the truth. All this that is happening is not the truth. It is a lie. The general is not guilty.”