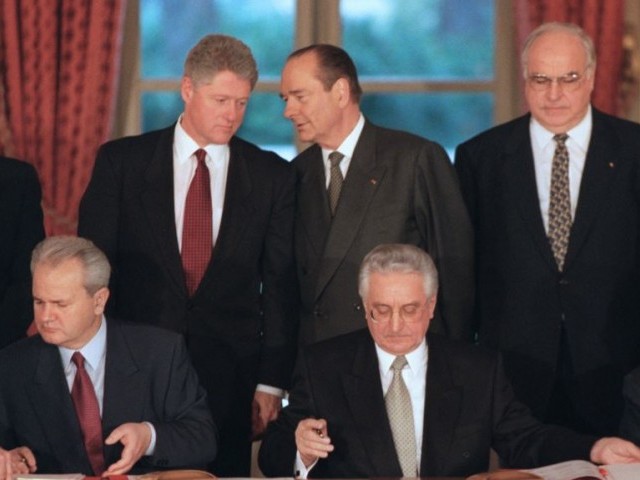 SARAJEVO: A Bosnian Serb man was arrested after trying to sell an original document from the 1995 Dayton peace agreement that ended Bosnia’s war, police said on Wednesday.

The document had gone missing a decade ago.

Media identified the man as Zeljko Kuntos, a former driver for a Bosnian Serb ex-parliament speaker, and said he had been trying to sell the document for 100,000 Bosnian marka ($60,000).

The US-brokered peace treaty that ended the war was reached at a US air base in Dayton, Ohio in November 1995 by the then presidents of Bosnia, Serbia and Croatia, the three sides involved in the conflict in which more than 100,000 died.

Under the treaty, Bosnia was split into two autonomous regions, the Federation shared by the Bosnian Croats and Muslim Bosniaks, and the Serb-dominated Serb Republic.

“The person ZK, who obtained during 2017 the original document written in English of the Dayton peace agreement, is suspected of offering it for sale in order to gain illegal benefits,” police said in a statement. They gave no further details.

In 2008, a then presidency member revealed that the original document of the peace treaty in English was missing.

Kuntos was arrested on Thursday in Pale, the Bosnian Serb wartime stronghold near Sarajevo.

It is not clear how he obtained the document.