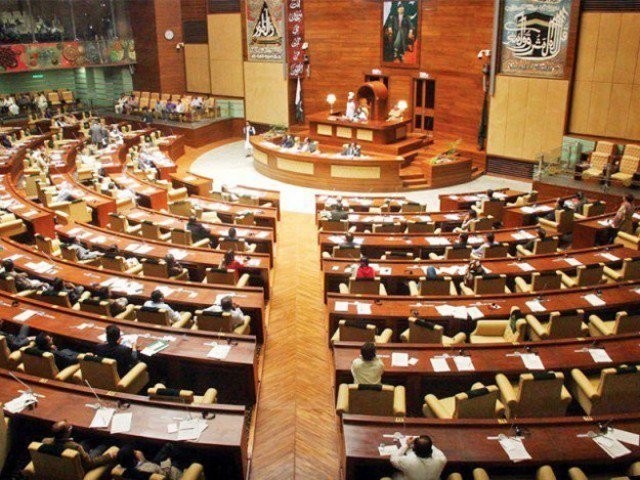 KARACHI: Lots of development schemes are in doldrums for the last six years, which cannot even be completed by the incumbent government.

This was stated by Minister for Planning and Development Mir Hazar Khan Bijarani while expressing serious concern over the delaying tactics of releasing funds for development during the question-and-answer session of the Sindh Assembly on Tuesday.

Responding to questions of lawmakers, Bijarani disclosed that since 2012, work on around 1,057 development schemes of health, education and other public sector programmes still continues and 197 schemes have yet to be initiated even after the passage of six years.

“Six-year-old schemes have also been added to the current financial year budget. The funds are not timely released, which is why we cannot finish the work,” he said, adding that the government has to decide now whether it wants to continue these schemes or not.

When asked about the role of his department, he said, “Our job is to develop the scheme. It is the financial department’s decision to approve the scheme and release the funds.”

After the opposition protest, Sindh Assembly adopted on Tuesday a resolution demanding to start sugar cane crushing in the province and resolve the concerns of the growers. The resolution was passed following opposition parties brief protest in the assembly.

As the session started, Pakistan Muslim League – Functional (PML-F) MPA Nusrat Seher Abbasi moved her adjournment motion, requesting Deputy Speaker Shehla Raza to adjourn the rest of the agenda and discuss the issues faced by sugarcane growers, who are on the roads in protest against mill owners.

“As per the law, the mill owners have to start sugar cane crushing by the first week of October and fix the rates. No one is willing to comply with the law. Why is the government mum on it?” she questioned.

Parliamentary Minister Nisar Ahmed Khuhro opposed the adjournment motion and said, “As per the rules, it is not technically fit to be moved in this session.” Referring to the rules of the assembly, Khuhro said, “We have already discussed the same issue in the current session, but it is technically wrong to bring adjournment on it,” he said.

On this, the opposition members stood up in protest and demanded the government take up the issue in view of the problem confronted by growers in the province. However, Khuhro said, “The government has already assured the growers to fix the price of sugar cane and start its crushing. The agriculture minister will also be meeting with the growers in the coming days, so it is not feasible to drag the matter in the assembly again.”

Addressing the deputy speaker, he said, “You are the custodian of the House. It is upto you to decide.”

Without wasting time, the deputy speaker commented, “This adjournment motion is against the rules of the assembly, so it is not technically fit to be discussed.”

It was the private members day where only the agenda of the members was to be discussed and the government does not pass laws or bring its resolution. Interestingly, however, the next item on the agenda was a resolution on the same issue – sugar cane crushing.

PML-F MPA Saeed Nizamani, moving his resolution, criticised Pakistan Peoples Party (PPP) for its failure to deliver in Sindh and said, “Instead of giving roti, kapra aur makan, you [PPP] have snatched all these things.”

Responding to him, the information minister said, “PML-F is sitting in the federal Cabinet. What have you done in fixing the sugar price? No one from your party speaks on this issue in the National Assembly and Cabinet. You have been in power in every government, but your party performance is below par.”

Opposition leader Khawaja Izharul Hasan requested the deputy speaker and Khuhro to take up this resolution, given the importance of the issue. “Today, you have already dismissed an adjournment motion on it, so please allow the member to move the resolution,” he said. Khuhro said that they can only accept the resolution with minor changes.

Later, it was passed unanimously.

A bill, ‘Sindh Prohibition on Manufacture, Promotion and Sale of Gutka and Mainpuri’, was introduced in the session. It was moved by PPP MPA Rubina Qaimkhani.

The assembly also passed a resolution regarding the appointment of lady teachers in primary schools for better results from students in the province. Speaking on her resolution, Rana Anwar of Muttahida Qaumi Movement (MQM) said that there has been a severe shortage of female teachers and their vacancies must be filled on merit without any delay.

Later, the deputy speaker adjourned the session till Friday.