The Sindh govern­ment has starte­d prepar­ing a list of cases that were withdr­awn under the Nation­al Reconc­iliati­on...
By GM Jamali
Published: May 24, 2010
Tweet Email 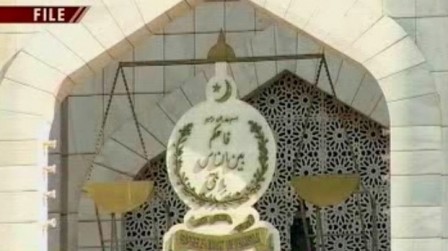 Board decided that most of them were based on political revenge.

KARACHI: The Sindh government has started preparing a list of cases that were withdrawn under the National Reconciliation Ordinance (NRO) on the directives of the Supreme Court.

According to official sources in the Home Department, there are 3,600 cases only registered against different leaders and activists of the Muttahida Qaumi Movement (MQM) in Karachi, Hyderabad, Sukkur, Mirpurkhas and Nawabshah. The cases are for murder, kidnapping for ransom, arson, extortion and dacoities and have been registered amongst others, against Altaf Hussain, Dr Imran Farooq, Saleem Shahzad, Kanwar Idrees, Shabir Hashmi, Sohail Mushahedi and other members of the party’s Rabita Committee.

Cases were also registered against the party’s ministers and members of the provincial and national assemblies. These cases were withdrawn as part of the reconciliation policy for which a review board was formed under the supervision of Justice (retd) Ghaus Mohammed. The members of the board included, Ghulam Nabi Shah, secretary Law, and Advocate General Khwaja Naveed Ahmed. Most of the cases were politically motivated and were registered from January 1986 to October 12, 1999.