The orders to remove illega­l shops at multi-storie­d commer­cial plaza Grace Centre were issued on Septem­ber 2, 2012
By Our Correspondent
Published: November 13, 2017
Tweet Email 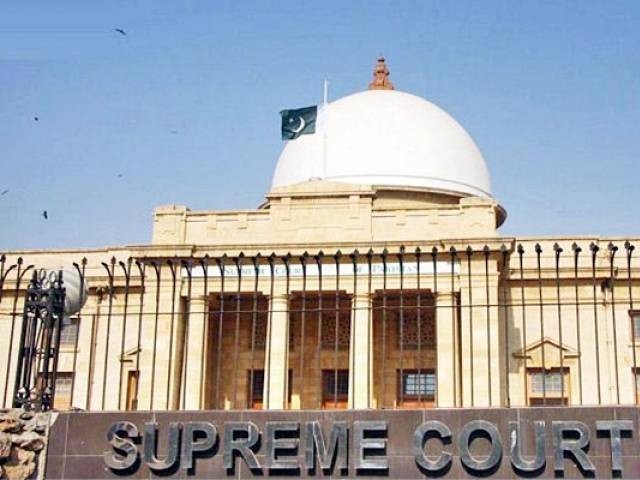 KARACHI: The Supreme Court (SC) expressed its displeasure on Monday over the Defence Housing Authority’s (DHA) failure comply with its 2012 orders to demolish illegal shops at a multi-storied commercial plaza in Defence Phase-V, Karachi.

The shops are built in the parking area of Grace Centre, located along Khayaban-e-Hafiz.

The apex court ordered the DHA and District Municipal Corporation (DMC) South to seal the 39 shops and have them demolished immediately.

The directives came on a petition filed by the Defence Officers Housing Authority against the Grace Builders Private Limited with the top court’s Karachi Registry.

The orders to remove the illegal shops were issued on September 2, 2012.

On August 3, the apex court again directed the DHA and DMC South to have the illegal structures removed from the basement, which was originally reserved for the parking.

During Monday’s proceedings, after three months, the judges inquired about the implementation of the court’s earlier orders.

However, an additional advocate general informed the bench that the DHA management was requested to provide the machinery to demolish the shops, but it had failed to do so.

The judges admonished the DHA for failing to comply with the court’s directives issued on August 3 as well as in the past.

The judges had reminded DHA officials that the orders for removing the shops were issued in 2012, but they had failed to implement them.

The judges observed in their earlier verdict that the DHA had no authority to condone illegal constructions in a parking space as such powers vested with the cantonment board under Sections 184 and 185 of the Cantonments Act.

They also asked the DHA officials as to how they had allowed the conversion of the land reserved for amenity purposes and not complied with the court’s orders issued five years ago.

In buildup to 2018 polls, PML-N decides to establish parliamentary board