Member­s stage protes­t after not being allowe­d to bring a call attent­ion notice­
By News Desk
Published: November 13, 2017
Tweet Email 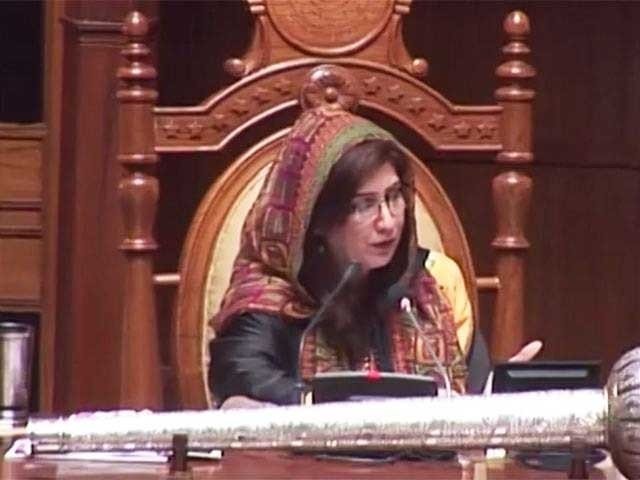 Opposition parties in the Sindh Assembly are set to bring a no-confidence motion against deputy speaker Shehla Raza and a move in this regard is expected by Tuesday.

Raza engaged in a heated exchange of words with the members and didn’t allow PML-F leader Nusrat Seher Abbasi to bring a call attention notice, leading to protest by the latter.

The deputy speaker remarked that no member in the House appeared to have any queries except Abbasi.

She went on to add that the opposition members needed to settle or she would exercise her authority, saying she was well aware of her powers.