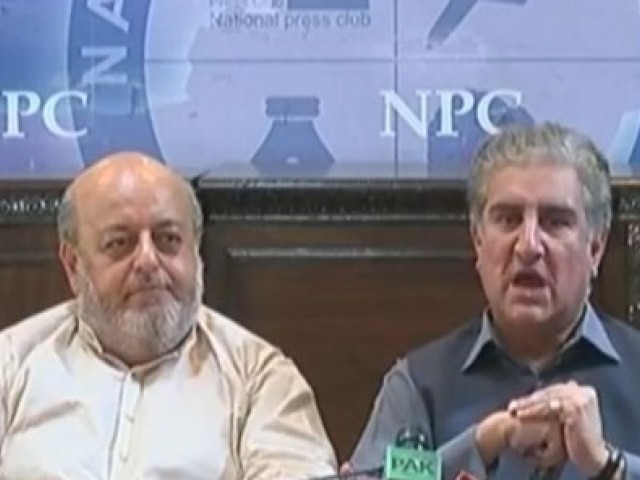 Talking to media on the occasion, Qureshi said: “Following the downfall of the PPP and the MQM, a major political vacuum has been created in Sindh, which the PTI would fill.”

To a question, he said: “The PTI will not tolerate even a slight delay in the next general elections,” adding, “The party will keenly observe the process of installation of interim set-up before elections.”

According to the signed accord, the principles of merger include “the current principle under which the National Finance Commission operates needs to be improved.

The declaration says that successive governments during the last few decades had crippled Pakistan due to their insatiable rampant corruption and alarming depths of incompetence.

“The national exchequer has been drained and state institutions have been destroyed to satisfy narrow personal and political interests. We shall continue our struggle to expose those involved in corrupt practices and the body politic must isolate such individuals and parties.

“Therefore, upon coming into power, we shall embark upon a process of unobstructed accountability of those who have looted Pakistan and destroyed state institutions,” it reads.

Bhutto said PPP co-chairman Asif Ali Zardari had tainted repute and added he had failed to impress the people of Sindh after the death of Benazir Bhutto.

He said his party along with the PTI would try to gather on one platform to attract anti-PPP vote bank in Sindh.