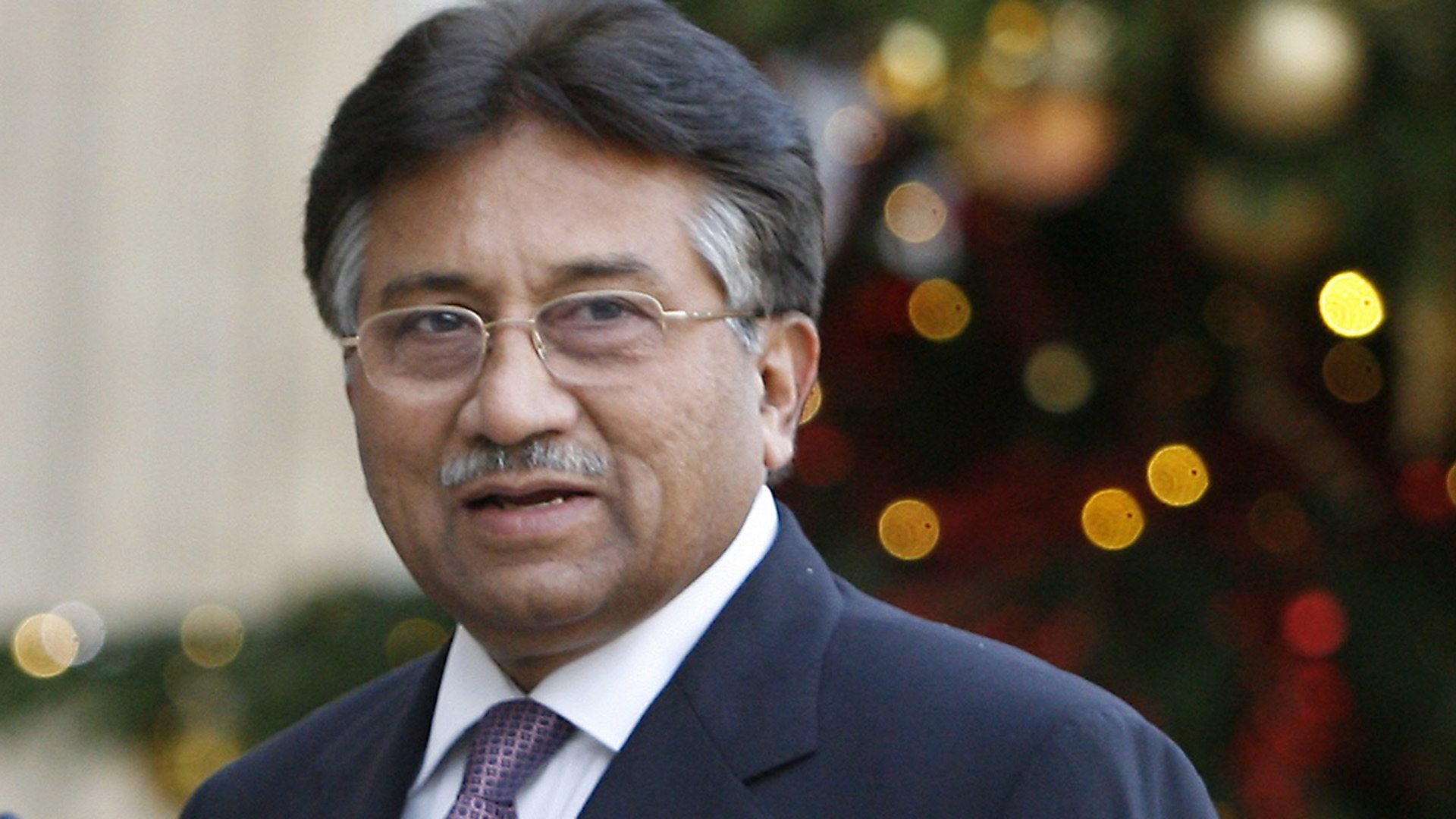 ISLAMABAD: In an interesting turn of events, former dictator General (retd) Pervez Musharraf on Friday announced the formation of a 23-party alliance under the umbrella of ‘Pakistan Awami Ittehad’ and ‘invited’ the Muttahida Qaumi Movement (MQM) and the Pak Sarzameen Party (PSP) to join him.

Reports are rife suggesting efforts by ‘certain quarters’ to forge some kind of alliance between Karachi’s two urban parties and bring them under the command of the former general. These reports somewhat got credence on Friday when Musharraf telephonically addressed members of the 23-party alliance in Islamabad from Dubai and spoke about the possibility of the MQM and the PSP joining the new alliance under his command.

The new alliance comprises insignificant political groups including the Pakistan Awami Tehreek, Sunni Tehreek, Sunni Ittehad Council, Majlis Wahdat-ul-Muslimeen and others. The alliance also includes parties whose presence is largely confined to paper with virtually no presence on the ground. Musharraf is the chief of the alliance and Iqbal Dar the secretary general. Dr Amjad, the APML secretary general, is the coordinator of the Pakistan Awami Ittehad.

On Friday, the representatives of the 23 parties met in the federal capital in what was their maiden huddle after which they held a press conference. This followed the telephonic address by Musharraf.

Speaking on the occasion, Musharraf denied reports that he was going to head the MQM or the PSP.

“I cannot belittle my stature by becoming the head of an ethnic party. However, it is possible that MQM and PSP join Pakistan Awami Ittehad. The alliance of MQM and PSP was ‘unnatural’ that could not last even a day,” he said.

In his address, Musharraf slammed the policies of the Pakistan Muslim League-Nawaz and the Pakistan Peoples Party saying both did ‘irreparable damage’ to Pakistan. “Nawaz Sharif has no political future,” he said.

Political circles did not give importance to Musharraf’s initiative.

“Musharraf is irrelevant. He has become a thing of the past. The efforts to place him back into Pakistan’s national political scene would lead nowhere,” he said.

Chairman PML-N and Leader of the House in Senate Raja Zafarul Haq took strong exception to Musharraf’s remarks that Sharif, the deposed prime minister, had no future.

“This man should first come to Pakistan and face the cases. If, by any miracle, he comes clean, only then he should join politics. Otherwise, he has no future and he is doomed. He should avoid uttering rubbish,” said the PML-N leader.

One of the former aides of Musharraf, who spoke on anonymity, said the political parties’ alliance under the ex-general’s command is unlikely to make a significant impact on the political landscape.

With the rise of the Pakistan Tehreek-e-Insaf as a mainstream political party that has strongholds in urban areas, Musharraf could hardly make an impression in politics, he said.

“The political void left by the traditional politics of PML-N and PPP has long been filled by PTI. There is no room for Musharraf,” he claimed.