Another alliance gets cooked

Another alliance gets cooked 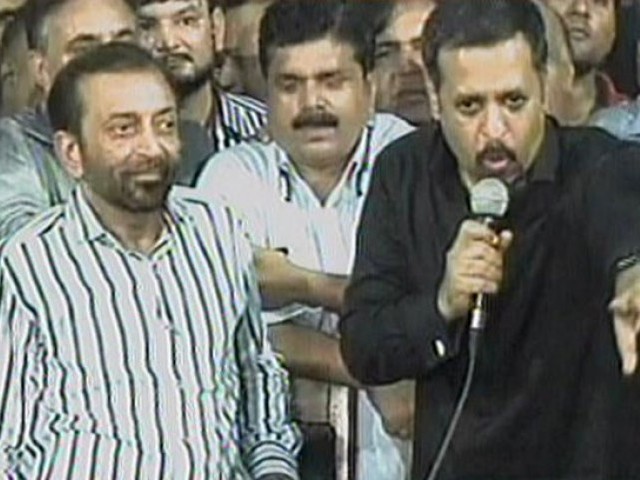 With the 2018 election now in the middle-distance political parties are once again in the kitchen to see what they can confect by way of a cake that will, they hope, lead them to power and glory. That desire to rule can create strange bedfellows and the latest baking now cooling on the counter is between the Muttahida Qaumi Movement-Pakistan (MQM-P) and the Pak Sarzameen Party (PSP) which is itself something of a political infant. The announcement of the new alliance was made by the two party leaders Dr Farooq Sattar and Mustafa Kamal at the Karachi Press Club on Wednesday.

Quite how this is going to work is yet a mystery. The new entity is to contest the election in 2018 from the platform of a single party and with a single symbol. There is much to do before that day arrives. There is no indication as to who is to lead the alliance and the two parties are, for now, to exist as separate entities pending further talks on such vital matters as a party name and a manifesto for instance. The rationale being presented is in the words of Dr Sattar that this move is going to ‘save the vote bank from division’. The announcement has not been met with unrestrained joy or celebration in a variety of quarters. Whilst the dead-but-refuses-to-lie-down retired former president General Pervez Musharraf opined that he was happy that the ‘unity of the Mohajair community is returning’; there are reports that some MQM-P lawmakers are ready to jump ship to the PPP which is on a fishing expedition of its very own.

The proposed alliance is rumoured to be the product of a cracking of political heads by what is euphemistically known as ‘The Establishment’ which was exasperated by the infighting between the two party leaders. It is observed that there is legislation on the books designed to curb forced marriages — clearly being held in abeyance in this instance. Quite what the electorate at large is going to make of this is beyond knowing, and whether they are going to buy this decidedly dodgy cake and then consume it — equally so.