We all know who steals from the people: CM Shehbaz Sharif

We all know who steals from the people: CM Shehbaz Sharif 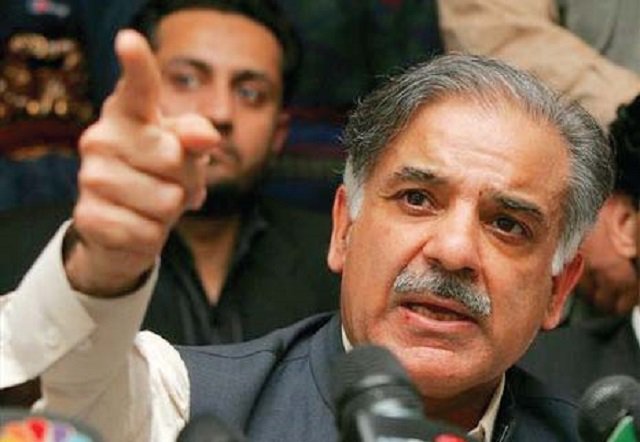 Chief Minister Punjab Shehbaz Sharif in a veiled jibe at Pakistan Tehreek-e-Insaf (PTI) chairman Imran Khan said that the country knows who steals millions from the people, but nobody questions them.

“The world is lit with Iqbal’s poetry,” said the CM while addressing the media in Lahore on Thursday after visiting the mausoleum of the late poet. “However, we still remain in the dark and are constantly struggling”.

He lauded the ideologies of the poet, and commented that the country had a long way to go before they achieved Iqbal’s dreams. The CM raised concern over social issues of class and equal opportunities in the country.

“Corruption has ruined our country and its structure,” the CM said. “The corrupt are being treated like the elite in our country, and we all know who steals in millions. If we don’t change our role, then history will never forgive us for it.”

For the 140th commemoration of Allama Iqbal’s birth anniversary, Station Commander Lahore Sajid Mahmood spoke at the parade held and placed a wreath of flowers at the mausoleum out of respect on behalf of the Chief of Naval Staff and the Pakistan Army.