The convic­t will spend seven years in jail and pay a fine of Rs50,000 if he fails to abide by the court verdic­t
By News Desk
Published: November 8, 2017
Tweet Email 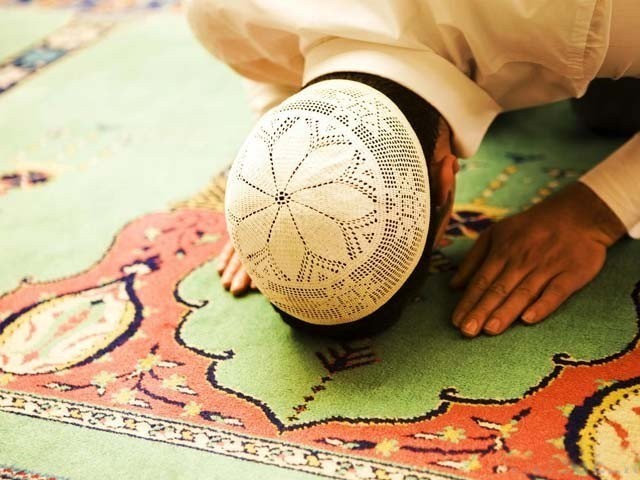 A suspect of possessing illegal weapon has been handed down the punishment of offering congregational prayers for three years. PHOTO: FILE

A trend of handing down unusual punishments by judicial magistrates has emerged in Karachi – in the latest case a judge sentencing a man convicted of possessing an illegal weapon to three years of daily congregational prayers.

Additional District and Sessions judge Haleem Ahmed ordered the Yousuf Khan on Wednesday to offer the compulsory five-time prayers every day in congregation without skipping for the next three years, Express News reported.

The Crime Investigation Department (CID) of Karachi police  registered a case of possessing illegal weapon against Khan in 2014. The case was being heard by the court for the last three years.

Khan will spend seven years in jail and pay a fine of Rs50,000 if he fails to abide by the court verdict.

Last month, a court in Karachi ordered a man to stand at a traffic signal for two hours, once a week for a whole year holding a placard on speed awareness.

The suspect was convicted of rashly riding a motorbike and injuring a police constable deployed for former president Gen (retd) Pervez Musharraf’s VVIP movement on September 27, 2015.

The convict was also ordered to pay Rs50,000 to the injured policeman in three installments in three months.

In another strange verdict last month, the Judicial Magistrate East ordered a suspect to remain in a mosque for at least three hours every Friday and make the necessary arrangements for the weekly congregational prayers.