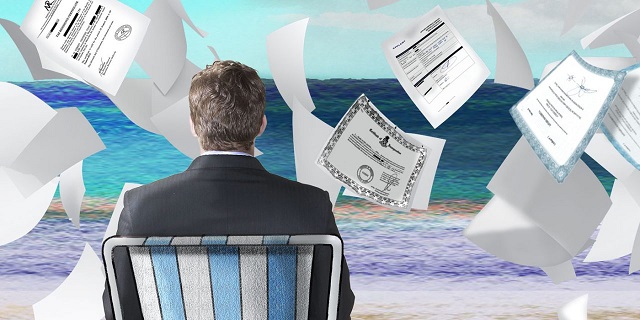 The Paradise Papers also include far more information about US citizens, residents, and companies than previous ICIJ investigations, with at least 31,000 persons or parties identified. ICIJ.org

Aziz is linked with Antarctic Trust, which was set up by the former premier and includes his wife, children, and granddaughter as beneficiaries.

Aziz had set up the trust in the US state of Delaware before becoming finance minister in 1999. He was working for financial giant Citibank at the time.

Delaware is considered a domestic tax haven by US financial experts.

The trust was not declared at any point during his time as finance minister or prime minister.

Also, in a 2012 internal memo, the law firm’s compliance officer noted that Aziz had been accused by the opposition of false declaration of assets, corruption and misappropriation of funds. Three years later, in a database of high-risk clients, Appleby noted that a Pakistani court had issued three arrest warrants against Aziz in relation to the killing of Akbar Bugti. In September 2015, Antarctic Trust was closed and the related file removed from one of Appleby’s internal databases.

According to ICIJ, Aziz’s lawyers have said that he was not legally required to declare the trust to Pakistani authorities. They added that the same applies to his wife and children. The lawyers added that Aziz paid all applicable US taxes.

#ParadisePapers reveals the financial hideaways of iconic brands and power brokers across the political spectrum.https://t.co/ZEG9JAsMSt pic.twitter.com/vN9BwUOSBY

The purpose of the account was “to ensure that if he were to die, his assets would pass efficiently to his family.”

Explore our #ParadisePapers interactive to see the offshore connections of US president Donald Trump. https://t.co/yBG9gvFqwL? pic.twitter.com/hj6a2XFbFq

The three companies were set up in 2010 when Niazi was NICL chairperson.

Pakistani journalist Umar Cheema, who helped research the papers, said on a private TV channel that numerous oil and gas sector companies and businesspersons also appear in the leaked documents, though he did not name them.

Biggest economic con of our time has been to tell working people that if the RICH are taxed, somehow the POOR will suffer. #ParadisePapers