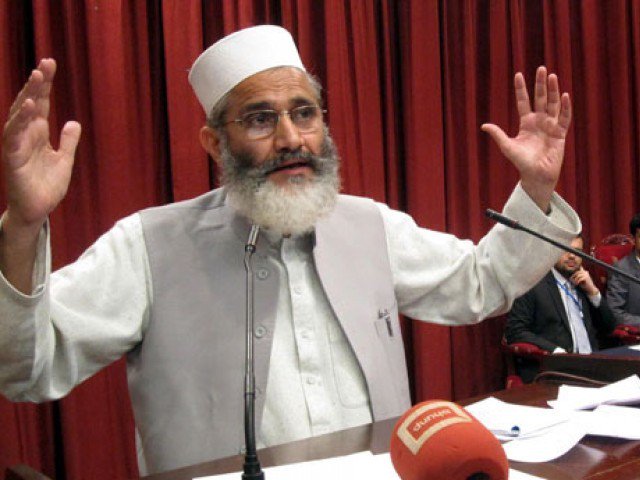 ISLAMABAD: Amir Jamaat-e-Islami (JI) Sirajul Haq has requested the Supreme Court to hear next week his constitutional petition for the investigation of 436 persons whose names were revealed in the Panama Papers last year.

The JI chief through his counsel, Muhammad Ishtiaq Ahmed Raja, filed an application in the apex court on Friday, requesting that his petition is fixed for hearing on November 8.

The application says that the petition had been filed in the larger national interest to save public money, adding that any delays in this regard would enable offshore company owners more time to cover their tracks.

Haq was of the opinion that if a date for hearing the petition was not fixed, it would result in irreparable loss to the general public.

Last year, Haq had filed a petition under Article 184 (3) of the constitution, making the Ministry of Parliamentary Affairs, Ministry of Law and Justice, Ministry of Finance, Cabinet Division and National Accountability Bureau (NAB) as respondents.

Unlike the usual protocol of asking for the formation of commissions, the JI chief, through his counsel Asad Manzoor Butt, had requested that the top court direct the respondents to initiate an inquiry into the names revealed in the Panama Papers. Furthermore, he had asked for trials following the investigations and resultant arrests so that at least some of the public money could be recovered and brought back to Pakistan.

Interestingly, the JI chief had not named the prime minister as one of the respondents in his petition.

Later, the JI had moved another petition seeking the disqualification of former prime minister Nawaz Sharif, keeping in mind the findings of the Panama Papers.

A five-member larger bench, headed by Justice Asif Saeed Khosa on January 24, separated the petition, asking to probe into all the people whose names came up in the Panama Papers.

In that petition, the JI chief submitted that Pakistan is fighting a war on terror but the government and other legal entities are busy making illegal money by establishing ‘off shore companies’ that also go against the constitution.

The petition lamented the lack of action by investigation agencies over the money invested under the shroud of offshore companies.

It said that many public office holders are also involved and have failed to mention the details of their assets, adding that they are all liable to not only be disqualified but also punished accordingly.

The petition stated that the implicated persons should be tried under the laws of NAO 1999 and FIA. The JI also highlighted how they have no other alternative rather than to involve the Supreme Court because the matter is of public importance.