Matter­s of mutual intere­st were discus­sed during the meetin­g at the GHQ, says ISPR
By News Desk
Published: November 3, 2017
Tweet Email 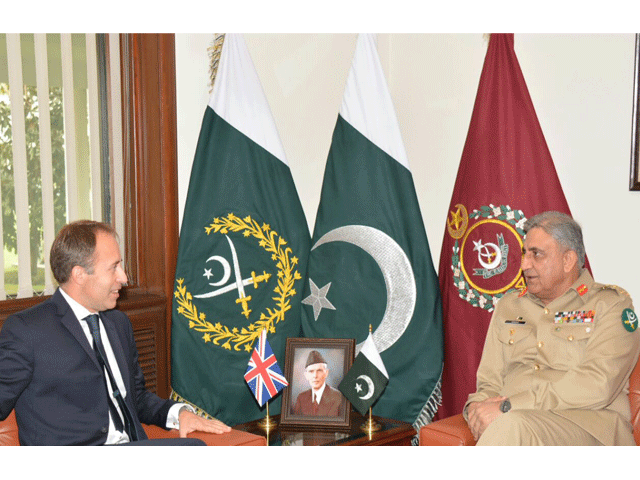 According to the Inter-Services Public Relations (ISPR), matters of mutual interests were also discussed during the meeting.

He acknowledged Pakistan Army’s achievements in the fight against terrorism and its continued efforts for peace and stability in the region. General Carter said the UK greatly appreciated Pakistan’s sacrifices in this regard.