Under the new policy, owners of ride-hailin­g vehicl­es will have to pay the heftie­r commer­cial motor tax
By News Desk
Published: November 1, 2017
Tweet Email 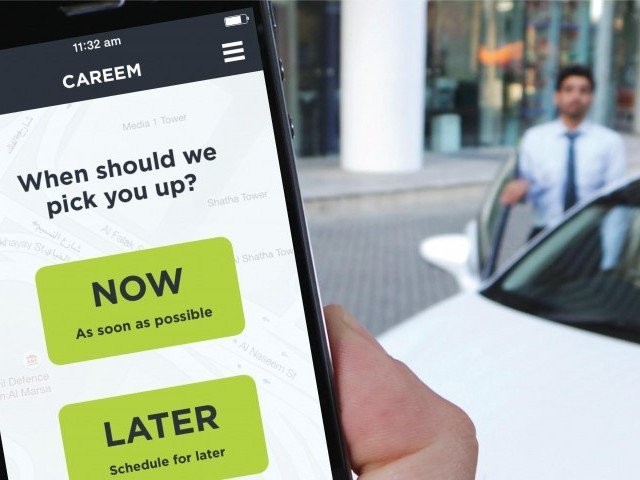 The Punjab government has chalked out a policy for Careem, Uber and other ride-hailing vehicles that is likely to increase their fares.

Under the new policy, the owners will have to get their ride-hailing vehicles commercially registered. Therefore, they will have to pay the heftier commercial motor tax, compelling them to increase fares, Express News reported.

The commercial registration of a ride-hailing vehicle, however, will be temporary and the owner will be able to cancel it whenever they want.

The Punjab Information and Technology Board and the transport and excise departments formulated the new policy and the provincial government has approved it.

In January this year, ride-hailing services were suspended in Lahore, Karachi and Islamabad over the commercial use of vehicles.

The Punjab government’s Provincial Transport Authority declared Careem, Uber and other ride-hailing services operating in the province “illegal”. It notified that the two companies were offering transport services “without registering private cars with any regulatory body”.

The Sindh government also sought legal action against the ride-services.

It declared the use of private cars as taxis without mandatory legal permits “illegal”, asking the Pakistan Telecommunications Authority (PTA) to block the apps.

However, the Sindh High Court directed the provincial authorities and private hail-ride cab services to finalise a mechanism to regulate the commercial operation of their private vehicles by them.

The judges were informed that the provincial transport department and hail-ride cab services had reached an agreement under which their vehicles will be registered for commercial use and permits issued under the Motor Vehicles Ordinance, 1965.