Biometric verification for Umrah resulting in misery for pilgrims

Biometric verification for Umrah resulting in misery for pilgrims 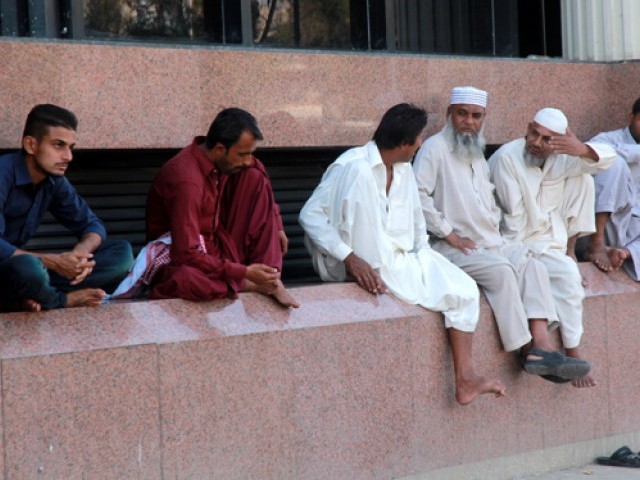 Mismanagement was observed on the second day of biometric verification of Umrah pilgrims as people had to wait for several hours. PHOTO: ATHAR KHAN

KARACHI: Pakistani citizens aspiring to perform Umrah will now have to get themselves biometrically verified before applying for the visa. Without the mandatory biometric verification, people will not be able to submit their applications in the Saudi embassy for Umrah visas.

It has been reported that one of the firms involved in the collection of the data of fingerprints of Pakistani pilgrims is a Dubai-based company, with an Indian national as one of its directors.

This new condition is creating many troubles for Umrah-bound pilgrims. According to travel agents, the pilgrims from all over Pakistan go for Umrah but the centres providing the biometric verification service are only located in the federal and provincial capitals of the country. In a scenario where the people living in the federal and provincial capitals have to wait for several days for their results, it becomes a misery for the people travelling from different parts of the provinces to have themselves verified.

The travel agents also revealed that the fee for biometric verification is Rs600. The foreign company is minting millions of rupees through the fee but no worthwhile facility is being provided to the pilgrims.

According to the association of travel agents, the readable passports should be enough for the needs of the Saudi authorities. However, if the biometric verification is absolutely needed, the National Database and Registration Authority (NADRA) should be doing it as its centres are present in rural areas of the country. It should be noted here that Iran, Egypt, India and Bangladesh have rejected the biometric verification process for the pilgrims.

Travel agents further added that the company responsible for collecting the biometric data, Etimad, is a Saudi Arabia-based company and has been given a contract to deal with Pakistani Umrah pilgrims via a Dubai-based company with an Indian national as one of its directors.

Mismanagement and chaos were observed at the two centres of Etimad on Tuesday, the second day of the biometric verification. Many people protested the lack of facilities at the centres. 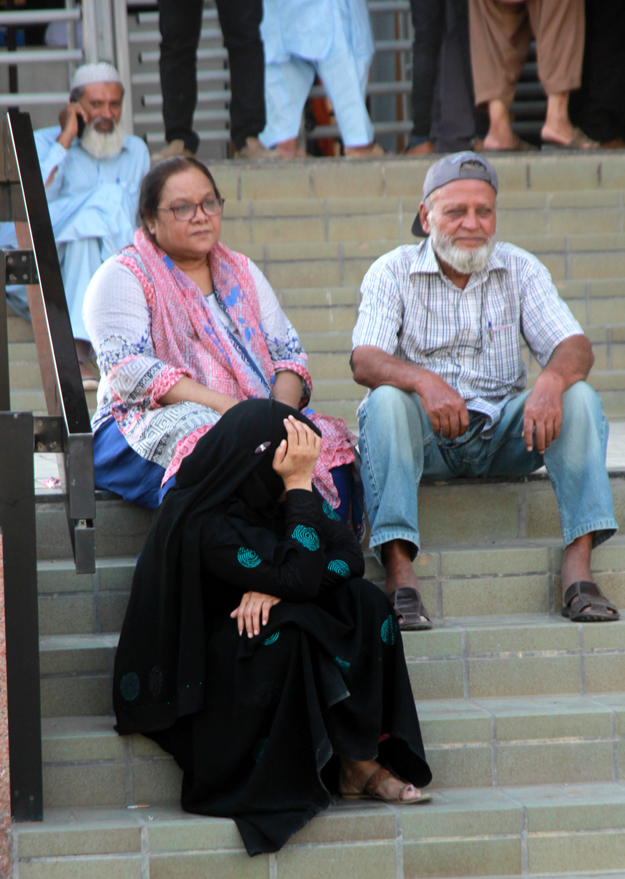 Aged people sat on the stairs waiting for their turn as there were no seats at the centre for biometric verification. PHOTO: ATHAR KHAN

Many people who had come from other cities of Sindh were visibly disappointed with the state of affairs. A man from Larkana who had brought his aged parents to Karachi for the verification informed the Daily Express that he arrived with his parents in Karachi in the morning and reached the centre near Kala Pul but even after waiting for two hours, his parents were not called for verification. “There are no seats here and we have to go back today as well,” he lamented.

A representative of Etimad said that one of the centre’s has the capacity of verifying only 330 people a day, while, according to the travel agents, the Saudi consulate in Karachi receives daily 6,000 to 9,000 Umrah applications.