The statem­ent comes after countl­ess Pakist­anis called her out for 'abuse of power'
By Entertainment Desk
Published: October 31, 2017
Tweet Email 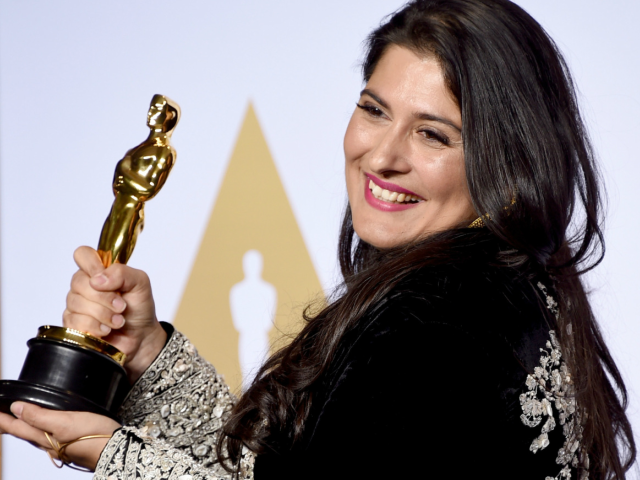 Sharmeen Obaid-Chinoy was recently heavily criticised by fellow social media users as a doctor from AKUH was fired after the Emmy winner posted a series of tweets regarding how he ‘harassed’ her sister.

Obaid-Chinoy disapproved when the doctor sent her sister a friend request on Facebook after her sister went to the hospital emergency.

The film-maker received flak after she called out the doctor for harassing her sister, which sparked a debate among people, whether sending a friend request is considered harassment or not.

Some called Obaid-Chinoy an influenced personality, who over-used her power to destroy a career of a potential individual.

Now, Obaid-Chinoy has given her stance on the matter, and wrote, “The conversation has unfortunately steered far from the safety of women, unchecked unethical practices and harassment. Some of the words I used have disappointed people and I agree they were poorly chosen in a time of heated emotion.”

She further added, “My tweet about the wrong women in the wrong family was not meant to suggest a sense of privilege or power, what I meant to say was that the women in my family are strong and stand up for themselves and always have.”

“You may disagree with the manner in which I called the doctor’s behaviour, debate the boundaries of social media with medical profession and my form and tone of expression, but ultimately, what happened was a breach of trust and severe lack of a professional code of conduct that led to a woman feeling violated or harassed. And on that I will not stay silent,” she concluded.

The AKUH administration, however, neither confirmed nor denied the development.

“The AKUH always maintains the highest standards of confidentiality and will not release any information on either employees or patients,” the spokesperson told The Express Tribune.