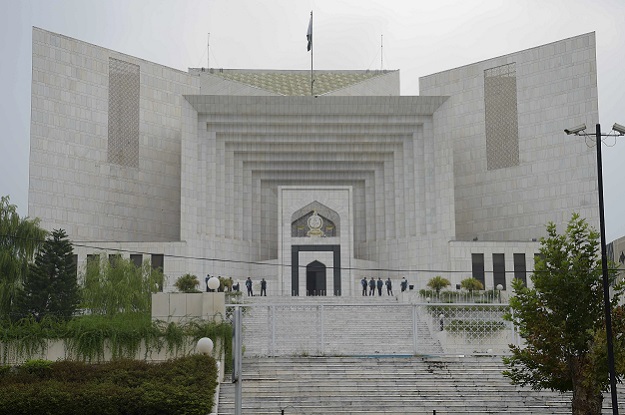 ISLAMABAD: The National Party, an ally of the ruling PML-N at the Centre and in Balochistan, filed a constitutional petition in the Supreme Court on Monday, challenging a provision of the Election Act of 2017, necessitating all political parties to deposit Rs200,000, besides submitting a list of 2,000 members.

The petition was filed by Ayub Malik, the president of the National Party’s Punjab chapter, under Article 184(3) of the Constitution, nominating the federal government and the Election Commission of Pakistan (ECP) as respondents. The petition was drafted by advocate Raheel Kamran Sheikh.

The petitioner also challenged the increase in election expenses, allowing a candidate contesting a National Assembly seat from Rs1.5 million to Rs4 million. It also allows candidates for provincial assembly seats to spend Rs2 million instead of the previous Rs1 million.

“No individual should be able to secure an advantage over others by reason of (his or her) superior financial position. For this reason, election expenses must be effectively controlled,” states the petition.

It submits that without effective limits on expenditure, political parties would “collect contributions and obviously largest contributions would be from the rich. It is likely that some elected representatives would share views of their wealthy supporters”.

It argues that “in such an event political parties may profess an ideology acceptable to the common man, [but] in effect represent a certain economic class”.

The petition contends that the federation has enacted Section 132(3)(b) and (c) of the Elections Act of 2017 in violation of Article 17(2) and 25 of the Constitution while raising the ceiling placed on election expenses, adding that such a raise restricts rights of ordinary citizens guaranteed under Articles 17(2) and 25 of the Constitution and these restrictions are neither in the national interest nor are they reasonable.

The impugned provisions, it states, created a political arena structurally designed to guarantee the success of only wealthier individuals and political parties, stultifying the common man’s chance “in being able to participate in the democratic process”.

The petitioner states that Section 61(1) of the Elections Act, 2017 sought to amend Section 13 of the Representation of the Peoples Act, 1976 relating to acceptance of nomination papers by returning officers.

“Raising the amount of security deposits means that participation in elections is now well beyond the reach of common citizens,” states the petition. “Coupled with the insertion of Section 61(4) of the Elections Act, 2017 which increased the number of votes needed to prevent forfeiture of the security deposit from one-eighth to one-fourth of the total votes [obviously restricts] the ability of less affluent citizens from being able to exercise their constitutionally protected fundamental right of freedom of association.”

Terming these restrictions unreasonable, the petition has asked the Supreme Court to strike down Section 61(1) and (4) of the Elections Act, 2017 for being ultra vires of Article 17(2) and 25 of the Constitution”.

The petition also requests the top court to declare provisions of Section 202(2) of the Elections Act, 2017, requiring a list of at least 2,000 members and proof of deposit of Rs200,000 in favour of the ECP  as enlistment fee, void and of no legal effect.

It requests the court to direct the ECP to refrain from enforcing the provisions of Section 202(2), Section 61(1) and (4) and Section 132(3)(b) and (c) of the Elections Act, 2017 and accordingly amending the Code of Conduct for Political Parties and Contesting Candidates.