Sikhs demand marriage bill for their members in K-P

Sikhs demand marriage bill for their members in K-P 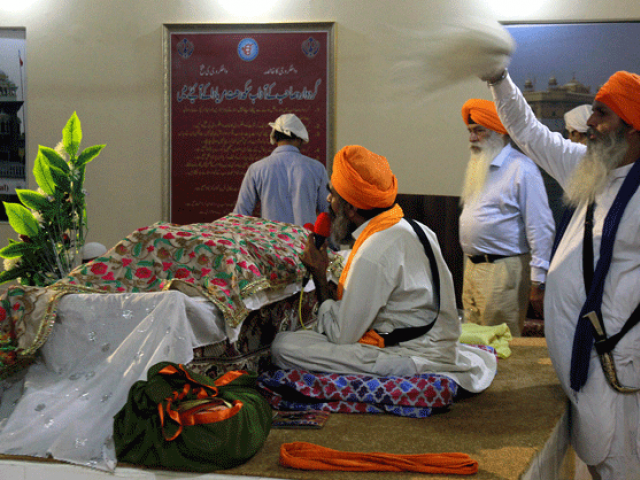 PESHAWAR: The Sikh community in the Khyber-Pakhtunkwa (K-P) has demanded of the provincial government to introduce a Sikh marriage bill in order to solve various legal problems faced by the community.

Talking to The Express Tribune, a local Sikh elder Gorpal Singh said the Punjab Assembly has already introduced a bill and it is high time for the K-P assembly to follow suit.

“We are faced with a lot of problems. When we open a bank account we are asked to give name of a heir. As there is no registration of Sikh marriages it is very difficult to prove inheritance,” he said.

Singh said there is also no clear-cut rule to settle domestic issues in the traditional and religious way, if a couple goes to court. “Sikh is religion different from the Hinduism but some people confuse us with the Hindu community. The Hindu marriage bill or act can’t be applied on us,” he added.

Recently, he said, the Sikh community was told by some officials that the K-P government was keen on taking a decision on the issue and they really welcomed the proposal.

“However, since there is no representative of the Sikh community in the assembly, the best way to do is to take the local Sikh community into confidence prior to the tabling of the bill,” he suggested.

Another Sikh leader Baba Jee Amarjit Singh said any move on part of the PTI government to solve problems of the community through fresh legislation was highly welcome. “We will cooperate with the government but the local community should be taken into confidence in this regard,” he said.