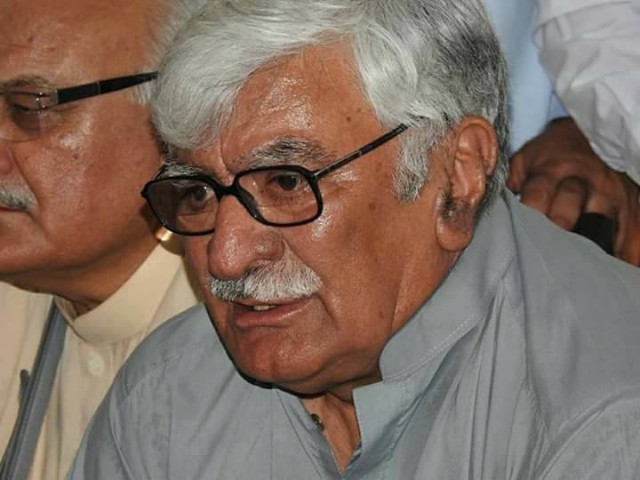 “First of all, we will seek immediate merger of Fata with the Khyber-Pakhtunkhwa and later on merge the annexed territories of Afghanistan, now the administrative part of Balochistan in the north, creating a stronger and powerful province.” He said while addressing a big public meeting.

He publicly and categorically declared that he was an Afghan, he is an Afghan and he will remain an Afghan and opined that regional peace and security depends on the situation in Afghanistan.

The ANP president pointed out to his political adversaries that brought national identity and many more benefits for the province while concluding an alliance with the PPP and its leader Asif Ali Zardari.

What have they brought while allying themselves with Nawaz Sharif and his Muslim League Government,” he posed a question.

Regarding peace and security in Afghanistan, Wali said: “China should stop playing the role of a facilitator and play the real role of a guarantor of peace in the region.”

The ANP claimed that more Pakhtuns have lost their lives than the combined deaths in World War II. “Pakhtuns are passing their lives under the shadow of war and bloodshed.”

He said Nawaz Sharif met his destiny by discriminating Pakhtuns in the CPEC scheme. “After the first briefing, a question was raised: was it China-Punjab corridor or China-Pakistan corridor?”

He claimed that Sharif made a commitment with him and later on backed out. “Now, he has booked his place in prison,” the ANP president predicted, referring to his past deal with a dictator that afforded him exile in Jeddah.

He reminded Prime Minister Shahid Khaqan Abbasi that Nawaz Sharif and his government was publicly committed to merging Fata with the K-P and later on he backed out.

He declared that all major political parties of the country were demanding immediate merger of Fata with K-P, leaving aside the PML-N and its two Pakhtun allies.

He said “With the merger of Pakhtun areas of Balochistan in K-P, the monopoly of Punjab will be challenged.”

Without naming Maulana Fazlur Rehman, he said he is claiming that the merger of Fata is an American agenda and thus he was terming us ‘American agents’.

He reminded the Maulana that it was the decision of the federal cabinet which is not being implemented.