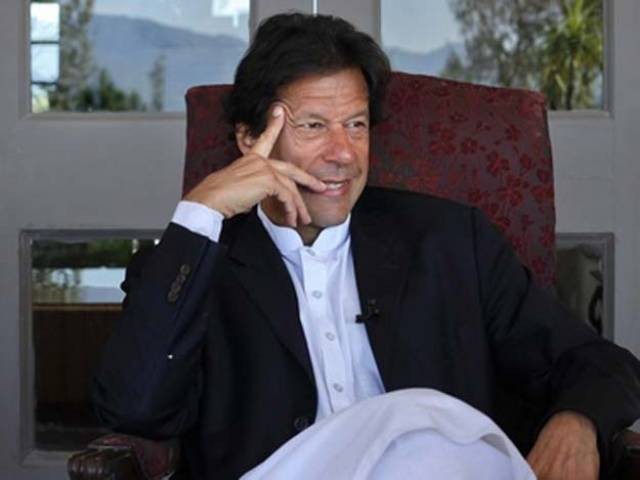 ISLAMABAD: After a proceeding full of high drama, Pakistan Tehreek-e-Insaf (PTI) chief Imran Khan on Thursday finally apologised to the Election Commission of Pakistan (ECP) for using derogatory language against it.

The PTI chief was facing two separate contempt applications filed by a disgruntled member of his party, Akbar S Babar, who had initially moved the ECP to crosscheck the PTI’s alleged funding by foreign sponsors.

The first contempt application was filed on January 23, 2017 after Khan and the PTI refused to submit the party’s financial documents to the ECP, while accusing the polls supervisory body of political bias in a review application dated January 9, 2017.

The second contempt application against Khan, also filed by Babar, accused him of casting aspersions on the ECP during a press talk in Karachi on September 20.

The ECP repeatedly summoned the PTI chief and served a show-cause notice on him on August 24 after he failed to appear before it. Later, the ECP issued non-bailable warrant for Khan’s arrest.

Khan, however, appeared before the ECP on Thursday after the Islamabad High Court (IHC) suspended his non-bailable warrants on October 24 while rejecting his application to suspend contempt proceedings in the ECP.

At the outset of the hearing, the ECP’s full bench headed by Chief Election Commissioner (CEC) Justice (retd) Sardar Mohammad Raza asked the PTI chief to explain his position regarding the show-cause notice.

His lawyer Babar Awan argued that his client had already apologised and was willing to offer a fresh apology. When the CEC asked him about the second contempt application, the lawyer asked for time to consult with Khan in the courtroom.

After several minutes of deliberations, he presented a handwritten note signed by Khan that offered an explanation rather than an apology.

When the CEC insisted that if Khan was not willing to apologise on the second contempt application, the ECP would be constrained to charge-sheet him, his lawyer again sought time and went into a huddle while the bench sat and waited for a second time.

After several minutes of discussions, another handwritten statement was presented before the bench as an apology from Khan.

The PTI chief finally came to the rostrum after being asked by a member of the ECP to personally explain his position.

He narrated the story of his political struggle and said he never intended to degrade the ECP. However, he questioned the logic behind his arrest warrant, adding that he headed a large political party with over 21 years of political struggle.

US rejects suggestions of slapping sanctions on Pakistan