This month, the Board of Invest­ment claime­d that the CPEC toll income would be three times the budget of Pakist­an
By Hasaan Khawar
Published: October 26, 2017
Tweet Email 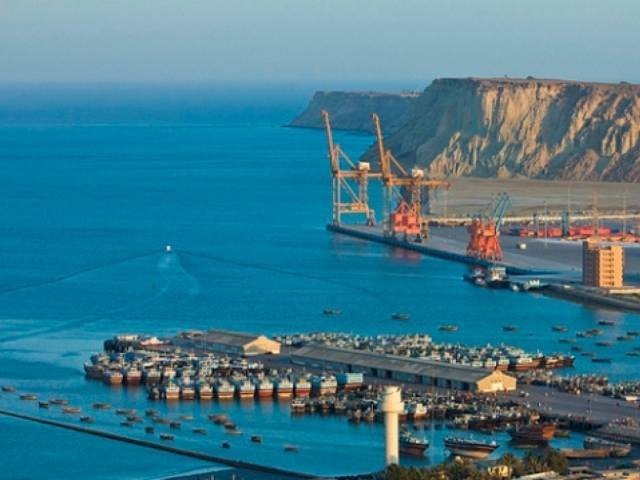 Earlier this month, the Board of Investment claimed that the CPEC toll income would be three times the budget of Pakistan after completion by 2030. It is the first time an official figure on CPEC toll estimates has come out and needs some objective appraisal.

Pakistan’s budget this year stood at Rs4.75 trillion. Thrice this amount would mean Rs14+ trillion ($135+ billion). Are we expecting an annual revenue stream that is 2-3 times the total CPEC portfolio, merely from the CPEC toll? This is absurd.

Let’s do some back-of-the-envelope calculations and assess the toll that the government may charge for Chinese transit trade. Trucks carrying containers fall under articulated truck category. The present National Highway Authority toll rate for these trucks from Peshawar to Islamabad is Rs1,745. For a distance of approximately 530km, this translates into Rs330 or roughly $3 per 100km. But let’s assume that the government would want to charge a much higher rate for Chinese trucks. The fee for the Common Market for Eastern and Southern Africa is $10 per 100km for articulated heavy goods vehicles. Let’s use that as a benchmark, which is three times the present toll rate. This is also in line with Chinese inland toll rates of approximately 7-12 cents per km. For the 2,600-km Khunjrab-Gwadar route, a $10 rate would mean $260 per truck going from one end to the other.

Now let’s look at the future estimated traffic. Who will use CPEC routes and pay the toll? Trading partners in China at the one end and in Africa and the Middle East on the other. Let’s zoom in on the leading Chinese trade partner in Africa as an example. The UN Comtrade data for 2016 reports that China exported $12.8 billion worth of goods to South Africa, weighing approximately 5.3 billion kgs and imported $22.2 billion worth of goods, weighing 63.4 billion kgs. This means $2.4 per kg worth of exports and 35 cents per kg for imports. The maximum weight allowed on a 40-foot container approximately is 26,500kgs. China’s trade with South Africa can therefore be encapsulated in 2.5 million containers or more.

Using the same value-weight proportions, China’s total trade with all of Africa and the Middle East of $356 billion would mean 18+ million containers. At $260 apiece, this means $4.8 billion of toll income per year. Factoring in partial container loads, increased trade volumes or domestic revenues, this amount may somewhat increase. But this reflects the maximum revenue potential. Taking into account depreciation and maintenance costs of infrastructure, some trade that may still be done through sea, lesser toll for shorter routes, the fact that we may not be able to capture the whole of transit trade or any reduction in toll rate, etc, we are definitely looking at $2-2.5 billion revenues per year even in the long run. And it will take a few years to reach this level.

Let’s also look at the cost side. Out of $62 billion CPEC portfolio, the bulk is for energy projects and only about $11 billion is allocated for roads. Much of the road infrastructure is reportedly financed through concessional government-to-government borrowing, with 2% interest to be repaid over a 20-25-year period. An $11 billion loan for 20 years would therefore need $672 million debt servicing payment every year.

It means that a more realistic expectation is that we may be able to recover our financing costs through the toll income, if we are successful in claiming 30% of the Chinese trade with Africa and the Middle East. For real returns on CPEC, however, we need to look towards developing other benefits, such as, industry relocation, service industry catering to transit trade, etc. And this would need careful planning. But, for starters, we need to accurately project the quantum of trade that we expect to capture through a much more detailed study.