Seeks to hold talks on the challe­nges that have delaye­d the projec­t
By Zafar Bhutta
Published: October 25, 2017
Tweet Email 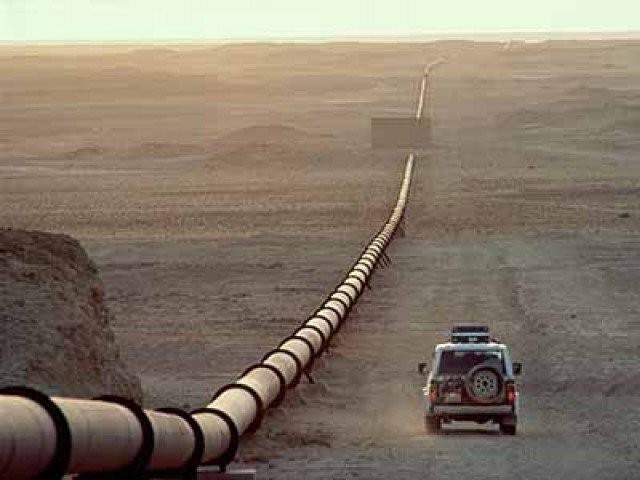 ISLAMABAD: Iran has written a letter to Pakistan in a fresh bid to push ahead with the long stalled gas pipeline project following persistent pressure from Saudi Arabia and unilateral sanctions imposed by the United States.

“The Iranian government has written a letter, seeking to hold talks on issues that have caused delay in executing the project,” said a senior government official while talking to The Express Tribune.

Earlier, Pakistan had pressed Iran to renegotiate and reduce the price for gas supply keeping in view the cheaper imports of liquefied natural gas (LNG) from Qatar.

“Iran is bound under an agreement to cut the gas price if Pakistan is able to import energy at lower prices from other sources,” the official said while citing the 15-year LNG deal with Qatar.

Pakistan also voices fear that it will not be able to secure funds from international financial institutions for building the pipeline due to the US sanctions for Tehran’s alleged nuclear programme, a claim which Iran forcefully rejects.

In the meantime, Saudi Arabia has ramped up pressure to prevent Pakistan from expanding ties with Iran. Apparently in the wake of this, Pakistan has shelved the Gwadar LNG pipeline project, which was planned to serve as an alternative to the Iran-Pakistan gas pipeline.

The Cabinet Committee on Energy, then headed by former prime minister Nawaz Sharif, had shelved the LNG pipeline project, blaming its growing cost estimated at $2.3 billion. However, according to officials, the cost included $600 million in duties and taxes as revenues for the government.

Now, the government is likely to revive the stalled Gwadar pipeline project because of its huge strategic importance in respect of diversification of fuel supplies and protection from international sanctions.

Prime Minister Shahid Khaqan Abbasi, who was earlier the minister of petroleum, has signalled that the project will be taken up for review because of its strategic significance.

Under the plan, an LNG terminal will be set up at Gwadar Port for handling and processing gas imports, which will give a boost to economic activities at the seashore.

Pakistan was required to lay the Iran-Pakistan gas pipeline by December 2014, but international sanctions on Tehran barred Islamabad from pressing on with the plan. The Gwadar LNG pipeline will be eventually extended to the Iranian border if all restrictions are lifted.

Officials insist that the project is feasible even in the absence of Iranian gas flows as it will have an LNG terminal at the deep-sea port of Gwadar where two LNG ships can be berthed at a time.

They described the Gwadar pipeline as very important, which will serve as the right of way for the Gwadar-Nawabshah gas pipeline. All necessary approvals are in place for the pipeline including the issuance of a notification under Section 4 of the Land Acquisition Act 1894.

The route is the same as for the Iran-Pakistan pipeline finalised after a comprehensive front-end engineering design and feasibility study by an international engineering consultant. It will be extremely difficult to win approval for the route once it is abandoned.