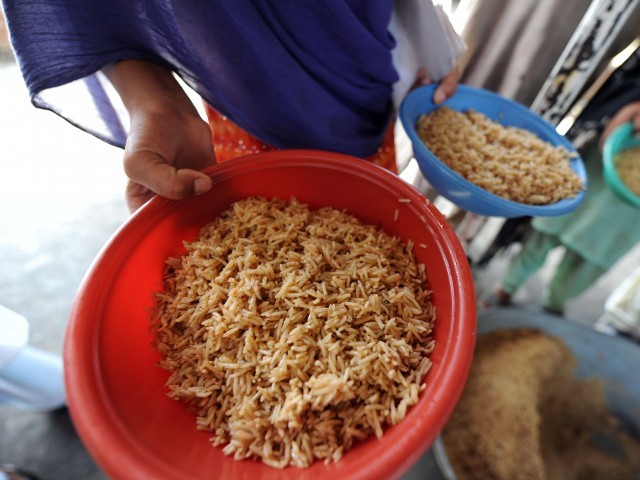 ISLAMABAD: Forty-two districts of Pakistan have been identified as being highly vulnerable to food insecurity coupled with high to medium levels of natural disasters. It was revealed in ‘Integrated Context Analysis (ICA) Report’ on ‘Vulnerability to Food Insecurity and Natural Hazards’ launched on Tuesday.

The study has been compiled by the World Food Programme (WFP) in collaboration with the National Disaster Management Authority (NDMA).

To oversee the whole process, steering committee as well as technical committees were formed having representatives from the Planning Commission of Pakistan, the Ministry of National Food Security and Research, the Ministry of Climate Change, the Pakistan Bureau of Statistics (PBS), SUPARCO and other agencies.

Addressing participants at the launching ceremony, NDMA Chairman Lt Gen Omar Mahmood Hayat said, “Food is a basic human need, essential for sustaining life under all circumstances. While, ensuring appropriate nourishment remains a challenge in itself, especially during natural disasters.”

The report identifies and ranks all 156 districts of the four provinces and three regions of Pakistan by the level of recurrence of two main natural hazards, flood, drought and additional contextual information on population density, land cover. Districts have been divided into five main categories indicating different levels of vulnerability to food insecurity and natural hazards. However, due to lack of data, study could not be carried out in Federally Administered Tribal Areas (Fata), Gilgit-Baltistan (G-B) and Azad Jummu and Kashmir (AJK).

According to the study, out of these 42 districts, 19 were identified in Balochistan, 13 in Sindh, seven in Khyber-Pakhtunkha (K-P) and three in Punjab.

While sharing the findings of the report, NDMA spokesperson Brig Mukhtar Ahmed told The Express Tribune that some districts in central and western parts of Balochistan, in southern Sindh and few in K-P province were identified as being highly vulnerable to food insecurity and natural calamities and needed special attention.

“Besides, 20 districts including seven in Sindh, five in K-P, four each in Punjab and Balochistan were identified as being moderately vulnerable to food insecurity coupled with high or medium levels of natural disasters,” he said.

“It was a technical study in which 50 to 60 years’ old data was analysed and the findings will help address core issues regarding food insecurity and infrastructure development on priority basis in order to avoid maximum human and property loss,” said Ahmed.