All hotels and relate­d buildi­ngs will also be taxed and plans are under way to open variou­s ziaraa­t
Published: October 16, 2017
Tweet Email 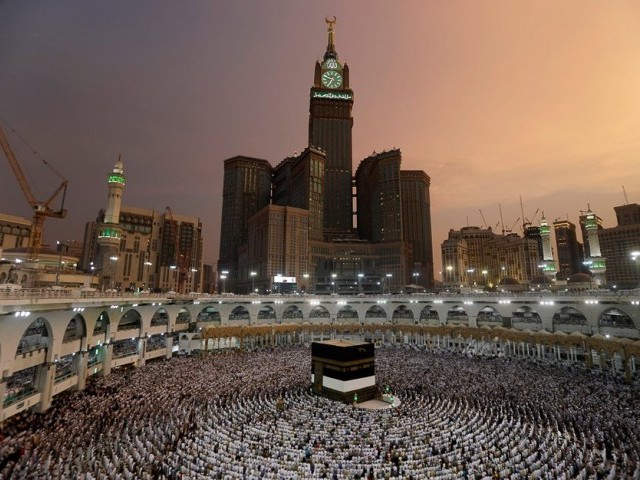 A five-member panel has also suggested consulting the Saudi Arabia for the possibility of travel by sea. PHOTO: AFP

KARACHI: The Saudi government, in a bid to increase its income, has started implementing various steps, including a fee of SAR2,000 being imposed on a second Umrah performed in a year.

All hotels and related buildings will also be taxed and plans are under way to open various ziaraat.

A similar fee had been imposed earlier on Hajj and Umrah performed within a specific time frame, but was given up for the time being. The Saudi government has been imposing new rules every year to increase its revenue, while adding to the expenses incurred by the pilgrims.

Approximately 15 million Muslims perform Umrah, while as many as 2.35 million perform Hajj, every year.  The number of pilgrims from Pakistan is also increasing and this year 1.5 million people went to perform Umrah.

According to the Saudi government’s Vision 2020 national transformation programme, a 13 per cent increase will be seen in the number of pilgrims after the Haram is expanded, while the number of those performing Umrah will increase by 30 per cent.