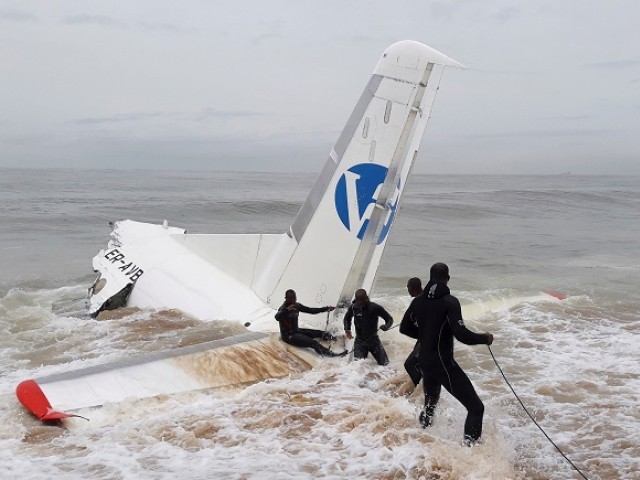 Rescuers pull the wreckage of a propeller-engine cargo plane after it crashed in the sea near the international airport in Ivory Coast's main city, Abidjan, October 14, 2017. PHOTO: REUTERS

Four Moldovan nationals were killed and two others were injured when a propeller-engine cargo plane crashed into the sea near the international airport in Ivory Coast’s main city Abidjan on Saturday, the Ivorian security minister said.

No violation of Ivorian rights in Ghana border dispute: tribunal

Four French citizens also survived the crash but were injured, Sidiki Diakite told reporters at the scene of the accident. Several Ivorian security sources said they were French soldiers.