Twitte­r users voice their concer­ns over the conseq­uences of Safdar's remark­s on law and order in the countr­y
By News Desk
Published: October 11, 2017
Tweet Email 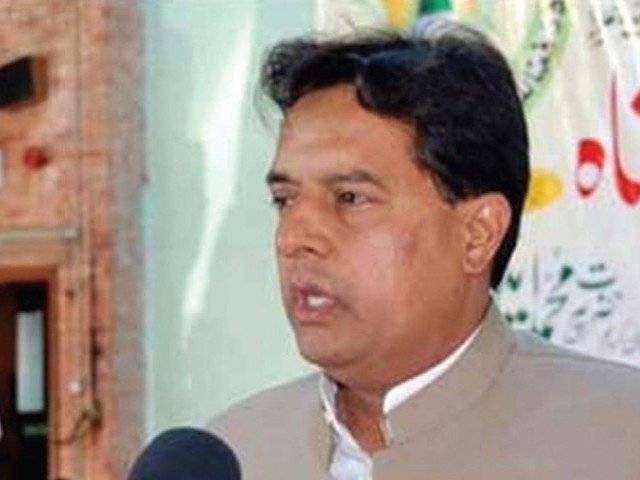 Twitter users did not react kindly to Captain (retd) Muhammad Safdar’s recent National Assembly speech in which he had launched an attack on the Ahmadiyya community.

In the speech, Safdar, son-in-law of former premier Nawaz Sharif,  called for a ban on hiring Ahmadis in the armed forces and other important institutions of the country.

Some journalists and social media activists voiced their concern over the consequences Safdar’s words could have on the precarious law and order situation in the country.

One user scathingly reminded Safdar of the contributions prominent Ahmadis had made to the state of Pakistan.

These two Ahmadis have done more for Pakistan than Capt. Safdar, PMLN and their forefathers put together. pic.twitter.com/iTK0RyBS3g

Gen Akhtar Hussain Malik (Ahmadi)the war hero of 1965…Apparently he shudnt have been in the military in the first place acc to Capt Safdar pic.twitter.com/ywKTDoYZkV

Others like journalist Zahid Hussain and activist Jibran Nasir were not so subtle, and called for his arrest outright.

Capt Safdar must be tried for making hate speech. He had earlier hailed Mumtaz Qadri.

Kh. Asif had told Asia Society that diff between PMLN & PTI is that: PMLN is a liberal party. And now Capt. Safdar is shouting ag Ahmedis??

Glorifying terrorists is a crime under ATA. Will @betterpakistan act against Capt Safdar for glorigying Mumtaz Qadri https://t.co/kpxK80KT92

Twitterati were of he opinion that it was clear that Safdar did not represent the Pakistan that Quaid-i-Azam Muahmmad Ali Jinnah dreamed of and wondered whether his outburst was simply a political ploy ahead of the general elections next year.

Jinnah nominated a Hindu, Shias and an Ahmadi to Pakistan’s first cabinet ~ Farahnaz Ispahani. While Safdar is a disgrace to this country.

Having lost the Labbaik vote, Safdar has been unleashed now to strip PMLN of any decent liberal supporters.

Safdar, who is currently out on bail as he faces a NAB corruption reference, had asked for the withdrawal of a decision to name a department of Quaid-e-Azam University (QAU) after Dr Abdul Salam. He had also said that the university department should be named after a Muslim, while questioning the patriotism of Pakistani Ahmadis.

He even said that the military coup of October 12, 1999 was an Ahmadi revolution.

A Twitter user had an interesting opinion on the matter.

I think "capt safdar" tried to retaliate Pak Army by his hate speech. These corrupts are trying their best to become *Siyasi Shaheed.*

Political figures across the country have not been commenting on the issue because of its sensitive nature.

Pakistan chalks out plan to deal with possible US curbs