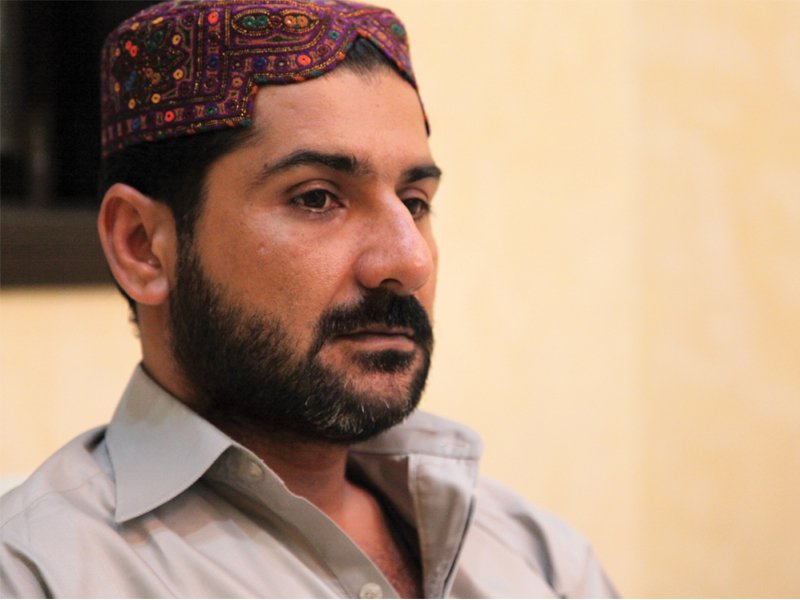 KARACHI: Gangster Uzair Baloch confessed to committing criminal activities in connivance with the Karachi police and political set-up in the province.

He made these revelations in a confessional statement recorded before a judicial magistrate which was submitted before a two-judge bench of the Sindh High Court (SHC) during hearing of a case relating to missing persons.

In his confessional statement, dated April 29, 2016, Uzair testified that he joined a gang led by Abdul Rehman alias Rehman Dakait in 2003 and was incarcerated in the Central Jail, Karachi where he was appointed incharge of the prisoners belonging to the Pakistan Peoples Party (PPP) on the recommendation of then jail superintendent Nusrat Mangan and PPP leader Faisal Raza Abedi.

In the statement available with The Express Tribune, Uzair disclosed that he assumed full-fledged command of the gang after Dakait was killed in an encounter in 2008 and formed an ‘armed terrorist’ group under the name of the Peoples Aman Committee (PAC) and became its chairperson.

He confessed to have collected Rs20 million extortion from different persons and departments every month, adding that the fisheries department would pay Rs2 million.

He also disclosed that PPP MNA Faryal Talpur, sister of party co-chairperson Asif Ali Zardari, was given Rs10 million extortion every month. According to the alleged gangster, Dr Saeed Baloch and Nisar Morai were posted to the fisheries department on his recommendation.

“I maintained a friendly relationship with the [then] Karachi Capital City Police Officer Waseem Ahmed, SSP Farooq Awan and his brother Shahadat Awan [a lawyer and currently posted as prosecutor general of Sindh],” Uzair disclosed, adding he had done several favours for them, including helping Farooq and Shahadat encroach land in Malir. He also got Farooq to collect Rs150,000 to Rs200,000 in extortion every month.

The incarcerated gangster disclosed that on the insistence of Senator Yousuf Baloch he met the then chief minister Qaim Ali Shah and Talpur and asked them to get the head money and cases against him withdrawn, which was eventually done by Talpur and Zardari.

In his statement, Uzair disclosed that after the Karachi operation was intensified he was called through Qadir Patel and Senator Yousuf by Talpur to her Defence residence, where Sharjeel Inam Memon and Morai were also present. According to him, Talpur discussed various issues the including Lyari gang war, and offered to hide his personal arms and explosives and have Sharjeel and Morai handle his financial affairs and Yousuf and Patel handle affairs in Lyari if he wanted to flee the country.

He testified to have done various illegal works for the party, including helping Patel encroach land and providing 500 jobs to criminals on Yousuf’s insistence. He also admitted to have helped Owais Muzaffar Tapi, Zardari’s foster brother, illegally occupy 14 sugar mills that were later purchased at lower prices.

Uzair also claimed to have sent 20 of his men to harass residents around Bilawal House on Zardari’s instructions and force them to sell 30 to 40 bungalows to Zardari at lower prices. The gangster said he came to know about a plan to kill him while in police custody, so he pleaded to have his custody transferred to the Rangers.

The former Lyari kingpin had also requested complete protection, apprehending that he and his family members could be killed after these revelations, as he expected revenge from Zardari and other politicians he named in his statement.

He disclosed to have purchased arms between 2008 and 2013 from different sources, including Lala Tawakal, Saleem Pathan, Naqeeb Pathan and Jabbar Pathan, who would bring them from Quetta and Pashin.

“These arms were used for murder, kidnapping for ransom, encounters with the police, attacks on the police stations and to show power during political gatherings and strikes,” Uzair admitted.

He said he got the police officer of his choice posted in Lyari, patronised gambling dens and formed different groups to collect extortion of millions of rupees on a monthly basis.

He disclosed that his accomplices committed murders, collected extortion, peddled drugs and operated gambling dens on his orders. He claimed all these criminal activities were conducted under the patronage of police inspector Yousuf Baloch, inspector Chand Khan Niazi, inspector Javed Baloch and police constable Baqir.

The defunct PAC chief disclosed that through PPP leaders Dr Zulfiqar Mirza, Patel and Senator Yousuf he had policemen posted in Lyari who would not arrest any of his gang members. He also got SP Iqbal Bhatti posted as the town police officer in Lyari.

He said on his orders Shiraz Comrade and Faisal Pathan had murdered Shehzad Charli with two others in June, 2012. He admitted to the murder of Haji Aslam, his two sons and another two unknown persons along with Baba Ladla in revenge for Hanif Baloch’s killing in 2012.

He said the victims were taken to the Adam Tea Godown, where around 25 accomplices beheaded them, played football with their heads in the streets, burnt their bodies and made a video. His accomplices included Shabir, Faisal Pathan, Baba Ladla, Saqib Boxer, and others.

Uzair testified to having ordered the killing of Rangers hawaldar Ejaz and Munir through Sher Muhammad Sheikh alias Sheroo in 2013 and having their bodies disfigured to get a rival gang blamed for their killings. He also got former PPP councilor Chacha Khaliq killed.

The gangster admitted to have engaged in an encounter with former SSP Chaudhry Aslam in which five or six policemen and a passer-by were injured. He also ordered attacks on Ghaffar Zikri that resulted in the killing of four or five citizens.

Uzair testified that he fled to Iran by crossing the border with the help of Nasir Baloch, whom he had known as a businessman and agent of the Iranian intelligence agency, who frequently visited Karachi, particularly Lyari.

Nasir took him from the Pakistan-Iran border and later Uzair met Iranian intelligence agency officers and agreed to share sensitive information with them in return for complete protection.

Uzair admitted to have shared with the Iranian spy agency the names of key officers of the armed forces in Karachi, Inter-Services Intelligence and Military Intelligence.

He said he promised to provide the Iranian spy officers maps and pictures of the army’s V-Corps Headquarters, Corps Commander’s residence, Naval Headquarters at Karsaz and Station Headquarters Karachi. He also identified for them the entry and exit points of the sensitive installations, number of security persons, routes and residences. He also promised to provide information about the army’s installations in Karachi and Quetta later.