Many transg­ender people in the countr­y still strugg­le to be open about their identi­ty
By AFP
Published: October 9, 2017
Tweet Email 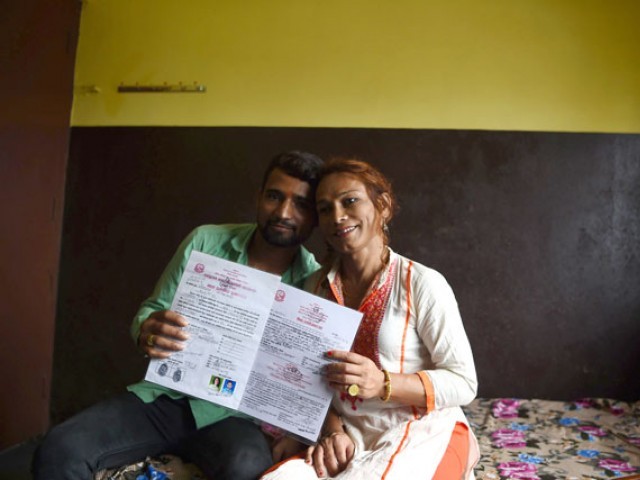 DADELDHURA, NEPAL: Born and raised as a boy in rural Nepal, Monika Shahi Nath never dreamed that one day she would be a bride, adored and accepted as a wife and daughter-in-law. 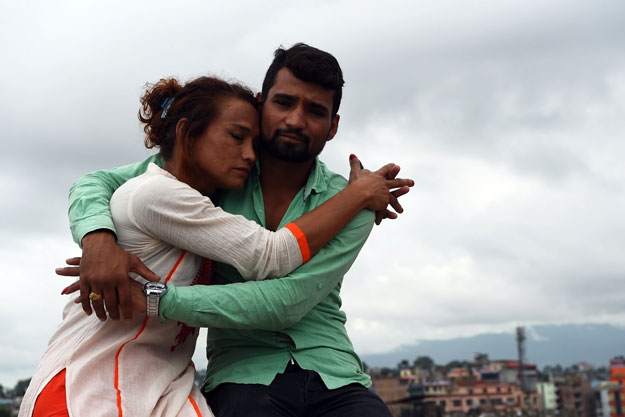 But the 40-year-old has made history, becoming Nepal’s first transgender person to be issued with a marriage certificate by district officials, even though the country has no formal laws for such unions. Nath, who married 22-year-old Ramesh Nath Yogi in May, initially feared that her in-laws would not welcome her — a transgender woman — into their family but the couple have found rare acceptance in Nepal. 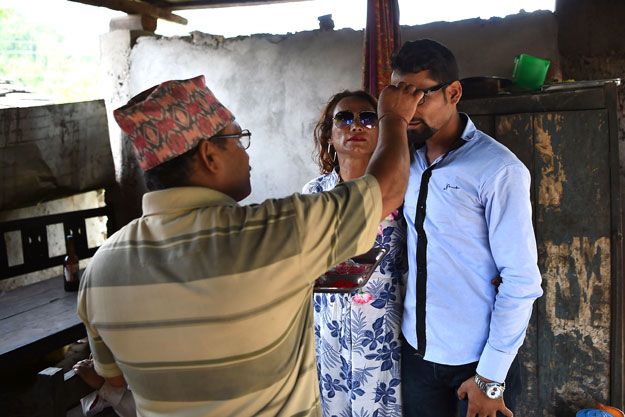 Many transgender people in the country still struggle to be open about their identity despite progressive laws that include a third gender option on identity cards and passports. “We are happy and feel accepted as husband and wife,” said Nath, who was the first Nepali to get a passport with the ‘O’ for ‘other’ gender designation in 2015. “I never dreamed that one day I would be someone’s wife, that I would be loved as a daughter-in-law,” she told AFP. 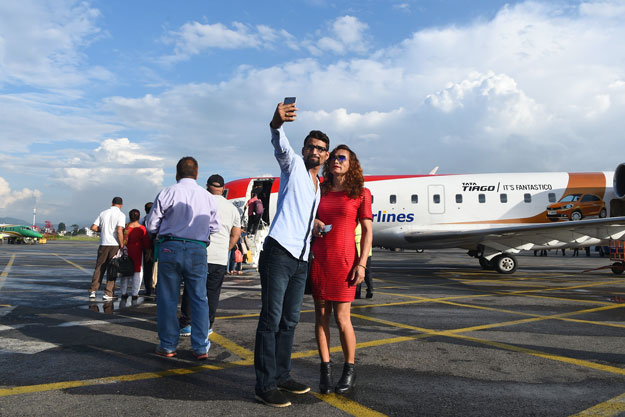 Nath grew up in a remote village in western Nepal as a boy called Manoj, and said she always felt different. “At school, I wanted to sit with the girls and was fascinated with women’s clothing,” she said.

In her early twenties she started experimenting with dressing as a woman, stealing her sister’s clothes and running away for days at a time to the closest city. “Away from my home, I would secretly become a woman. It would make me very happy, but I was afraid to tell my family, I felt I would shame them,” she said. 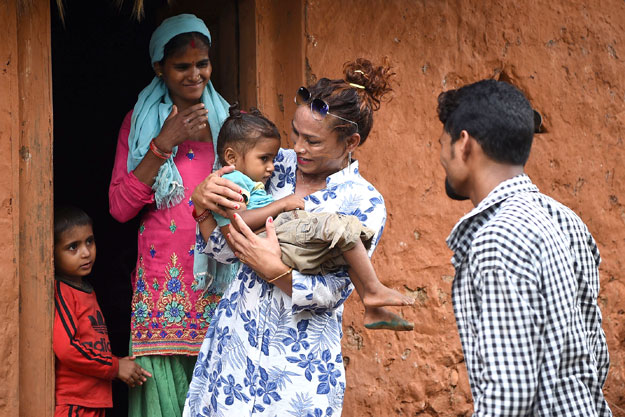 Despite her work as an activist, Nath’s new identity was not talked about within her family. When she came home with her new husband, wearing a short red dress and a wedding ring, it was one of her first visits as a woman. “But my marriage has made it easier. They truly see me as a woman now,” she said.

Yogi’s family — who live in a village a six hour drive away — was also initially resistant to the marriage, but the community has now accepted the couple. “Her relationship with the family and with the people in the community is very good. We think it is okay,” said neighbour Laxmi Nath Bista. “The idea of third gender is very new to people around here, many people don’t understand what it means. But her behaviour is good with everyone, so they are accepting of her.”

Despite the changes, some activists say members of the LGBTI community continue to live in the shadows of society. A bill to legalise same-sex marriage was proposed two years ago, but has not progressed, and it is not clear what legal standing Nath’s marriage has.

The couple could also face allegations of polygamy — which is illegal in Nepal, though not uncommon — as Yogi was already married with two children. Nath said: “I am blessed to be someone’s wife, but the government needs to make the legal changes so people can easily marry the person they love.”